Home Sports Murray puts drama behind him with Tomic win 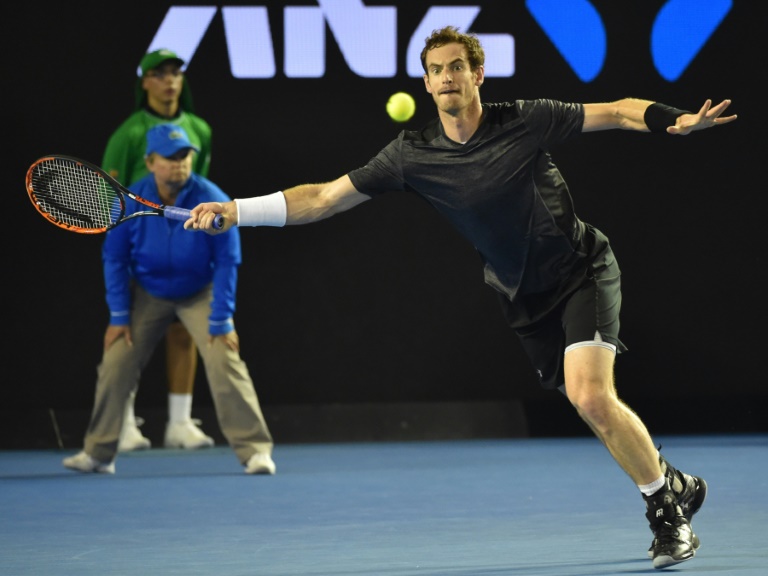 Andy Murray beat Bernard Tomic to reach the quarter-finals of the Australian Open on Monday, easing the stress of a difficult few days after the collapse of his father-in-law.

It will be the seventh consecutive quarter-final in Melbourne for Murray, who is bidding to finally win the title for the first time after four runner-up finishes.

The victory capped a difficult period for Murray, who rushed to the hospital bedside of his father-in-law Nigel Sears, Ana Ivanovic’s coach, after he collapsed at the tournament on Saturday.

Sears was cleared to leave hospital on Sunday and fly home following tests. Adding to the tension of the moment, Murray’s wife Kim Sears is heavily pregnant and he has pledged to rush home if she goes into labour.

Murray put the medical emergency behind him but it was a scrappy match, as he broke the Australian’s serve six times and dropped his own serve four times.

“It was a tough match and both of us had our chances, Bernie didn’t play his best tiebreak and missed a few easy balls so that helped at the end but he fought right to the end,” Murray said.

“I was able to make a few more balls, but it was quite scrappy match, there wasn’t a period in the match when both of us were playing at our best at the same time.”

Murray lost his service twice but broke Tomic’s serve three times on the way to taking the opening set in 47 minutes.

Tomic’s service came under pressure again in the second set with the Scot breaking him in the first and third games while dropping his in the second game.

But Murray was more consistent around the court while the Australian missed some opportunities with wayward volleys and poor judgement.

Murray took a firm grip when he claimed the second set with an ace.

Both players traded service breaks early in the final set but Tomic made a number of errors in the deciding tiebreak as Murray coasted home.

Tomic has yet to take a set off Murray in four encounters.

Murray maintained his record of never losing a Tour-level match against an Australian, and has now won all 17 of his meetings against Australian opposition.