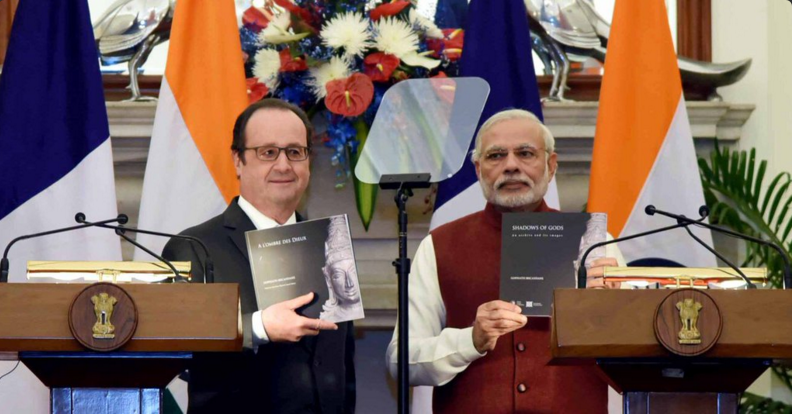 As the leaders of India and France got together in Delhi on Monday, their focus was to make a new push on solar energy. They were also looking to shore up a troubled multi-billion dollar fighter jet deal.

After beginning a three-day visit to India in the northern city of Chandigarh on Sunday, French President Francois Hollande has headed to the capital to make common cause with India’s Prime Minister Narendra Modi on issues such as combatting Islamist extremists and climate change.

But their governments are still struggling to nail down a deal for India to buy 36 Rafale fighters jets made by the French company Dassault, which is in itself a watered-down version of a plan first unveiled in 2012.

Hollande’s presence as chief guest at Tuesday’s Republic Day military parade is intended to symbolise the close relationship between the two countries, particularly in the aftermath of November’s Paris attacks.

It had also raised fresh expectations that the Rafale deal would be put to bed once and for all after years of tortuous negotiations.

But a senior French official, speaking on condition of anonymity, told reporters on Sunday that the two sides were still haggling over the price, which experts say could reach around five billion euros ($5.6 billion).

On his arrival in India, Hollande said he was “optimistic” that an inter-governmental accord that would pave the way for a final contract would be agreed on Monday but also warned that pinning down the fine details of such a deal “obviously takes time”.

Modi announced alongside Hollande in Paris last year that India had agreed to buy the 36 jets as it looks to modernise its Soviet-era military and keep up with neighbouring Pakistan and China. 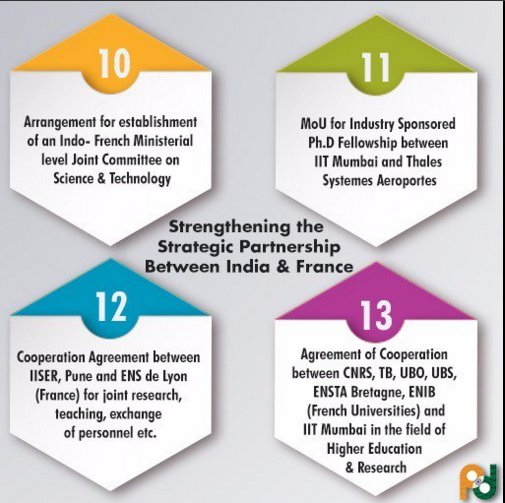 But the two leaders’ intervention has so far failed to prove decisive, with sticking points still remaining such as Delhi’s insistence that arms makers invest a percentage of the value of any major deal in India.

Even if the Rafale agreement is proving elusive, Hollande’s visit has given impetus to other deals, including one for the French-based Airbus consortium to build military helicopters with India’s Mahindra group.

After signing an extension to the initial agreement with Mahindra, Airbus India’s managing director Pierre de Bausset told AFP that their joint venture was now on course to establish itself as “a sustainable robust helicopter manufacturer to serve the Indian military market”.

Modi and Hollande’s talks will also focus on ways to increase security and intelligence cooperation, driven in part by the attack in Paris by Islamist extremists that claimed 130 lives in November.

“France and India are two great democracies… therefore we are prime targets for terrorists who cannot abide liberty, democracy or culture. We must therefore cooperate more on security,” Hollande said on Sunday.

Modi said he had invited Hollande as a show of solidarity after November’s attacks that evoked memories of the even bloodier 2008 onslaught by Islamists in Mumbai.

“The day Paris was hit by terror, I decided that our Republic Day parade guest must be France as our people are united against the enemies of humanity,” Modi said after receiving Hollande in Chandigarh, Punjab’s state capital.

After their talks at the Indian premier’s office, the two men will lay a foundation stone at the new headquarters of the International Solar Alliance, a 121-nation group launched by Modi at the Paris COP21 conference in November to expand affordable solar power.

Hollande has expressed hope that some of the French businesses travelling with him will be at the forefront of the solar energy push.

Hollande and Modi are expected to sit side by side to watch Tuesday’s pomp-filled spectacle of military might — which includes columns of soldiers and Soviet-era tanks — along Delhi’s central Rajpath avenue.