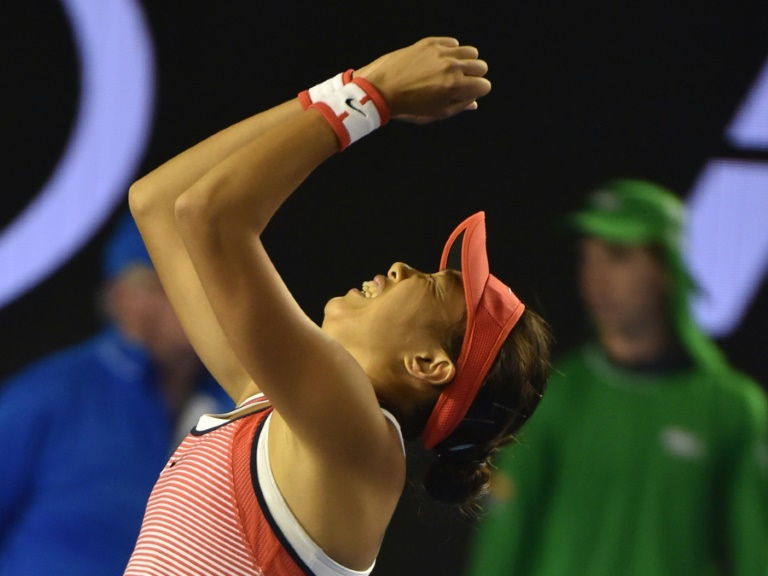 Zhang had lost all 14 of her previous Grand Slam matches before this year’s tournament but she has now won four in a row after beating Keys 3-6, 6-3, 6-3 as the American struggled with an upper left leg injury.