Home World ‘Unicorns’ may be mauled by bear market 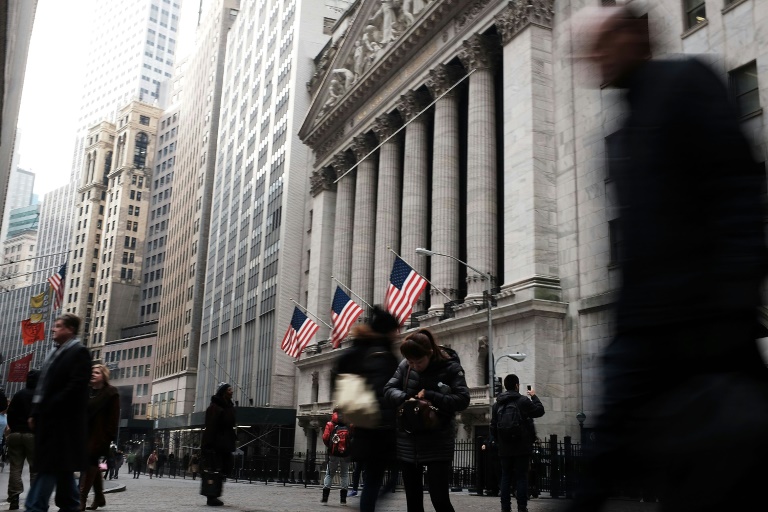 After a year in which free-flowing capital fueled unprecedented growth in so-called tech “unicorns,” the sector is bracing for a slowdown which could thin the herd.

Unicorns — a term coined for the usually rare billion-dollar, privately funded startups — have been proliferating in the United States, China and elsewhere as venture capital investors bet on the next Google or Facebook.

But the prospect of a “bear market” where prices are falling, combined with other factors, could send unicorns running for cover, observers who follow the sector say.

Some warnings have already appeared.

Venture-backed startups globally saw a 30 percent drop in funding in the fourth quarter to $27.2 billion, according to a survey by KPMG and research firm CB Insights.

A separate survey by 451 Research found more than half of tech investment bankers predict venture funding will tighten in 2016 compared to last year, the most bearish outlook since the 2008-2009 recession.

Some unicorns have seen their value slashed by investors aiming to put a fair market evaluation on their holdings. Mutual fund company Fidelity last year marked down the value of its Snapchat holdings by 25 percent.

In this scenario, cash-hungry unicorns are likely to face a harder time getting fresh capital, said David Erickson, a senior fellow at the University of Pennsylvania’s Wharton School and former Wall Street banker who led technology share offerings.

The weak stock market could impact private firms, potentially forcing a delay of initial public offerings (IPOs). If they need to raise cash, it will likely be “down rounds” with a lower valuation than prior funding efforts.

“Valuations will typically come down,” he said.

Since the “softness might be prolonged, venture capital firms will be focused on protecting the value in their existing investments rather than spending too much time investing in new names.”

Erickson said there are some similarities to the tech bubble of 1999-2000, even if the new firms have more developed business models.

“While the companies are more seasoned, the issue similar to 2000 is that many are burning tons of cash,” he said.

“If they need to have enough cash to break even and if they can’t access capital either through the public markets or private markets, then they face more difficult decisions.”

Erickson added that “we are not quite at that dire stage now,” but that if capital dries up it may mean that promising startups would either need to sell themselves or “hit the wall.”

The unicorn population — estimated by Forbes this month at 173 companies worth a collective $585 billion — is still alive, but some are hurting.

CB Insights chief executive Anand Sanwal said he expects to see “some wounded unicorns” but that there is still capital available from private equity and corporate venture funds.

“Some of those companies that got ahead of themselves on valuation are going to have difficult conversations. You can’t just keep selling your dream and your business model can’t be raising venture capital.”

Charlie O’Donnell at Brooklyn Bridge Ventures said many of the unicorns are likely to face a “down round” if they need new capital, because investors are more cautious.

“It’s not that they’re concerned that the world will implode and that startups won’t still be a good bet over the long term,” O’Donnell said in a blog post. “They’re just…. busy taking care of their wounded.”

A report by KPMG and research firm CB Insights found that 2015 was a blockbuster year for startup venture funding despite a cooling in the fourth quarter.

For the year, the report found $128 billion in venture funding for startups, up 44 percent from 2014. The number of funding rounds was more than 7,800.

But it noted that some companies which went public “fell short of recent private valuations, no doubt rattling VC (venture capital) investor confidence.”

The most prominent in the group was mobile payments startup Square, led by Twitter co-founder Jack Dorsey. Square debuted with a market value of just over $4 billion — well below the $6 billion value assigned by private investors in its latest funding round. Square’s value has since fallen to less than $3.4 billion.

Most stock markets are in a “correction,” which means a drop of 10 percent from their peak.

Some Asian bourses however are in “bear” territory, with a drop of 20 percent or more, and the tech-heavy Nasdaq has neared that level.

Unicorns, say analysts, may not fare well if the bears come out in force.

“If indeed venture firms start keeping their money in their own bank accounts — rather than investing it in entrepreneurs — that could well put startups under pressure, resulting in slower growth rates and lower valuations for those that survive tighter times as well as dramatic flameouts for those that don’t,” wrote 451 Research analyst Brenon Daly in a blog.

Daly said the message has not yet reached the unicorns.

“Most money-burning startups continue to run their businesses as if there’s an inexhaustible supply of money,” he said.

“But at some point this year, startups will almost certainly have to make different decisions than they’ve made up to now.”