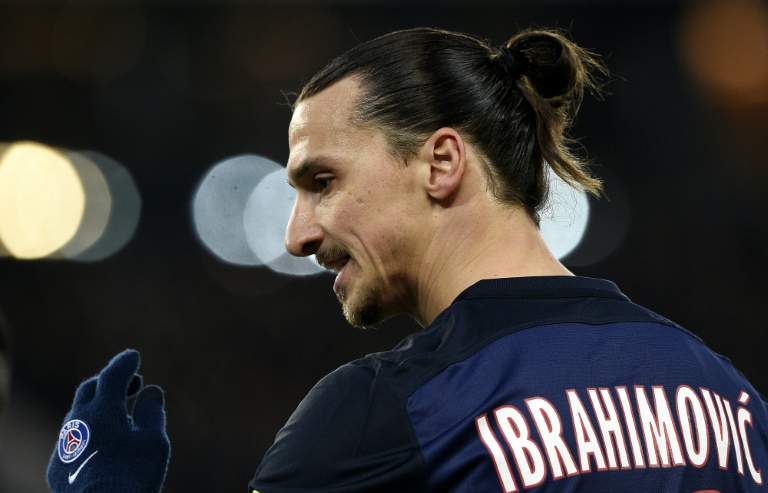 Paris Saint-Germain served another reminder of their Ligue 1 supremacy with a thumping 5-1 victory at home to Angers on Saturday that moved the reigning champions 24 points clear at the top.

Zlatan Ibrahimovic opened the scoring at the Parc des Princes with his 17th league goal of the season before Lucas doubled the lead for Laurent Blanc’s side just before half-time.

The floodgates then opened after the break with Gregory Van der Wiel rounding off a superb team move for PSG’s third, only for Pierrick Capelle to pull one back, but Angel Di Maria then scored twice in the space of four minutes to complete the rout.

With Paris still competing in four competitions, the capital club face a fixture backlog that will see them play seven games in three weeks ahead of their Champions League last 16, first leg against Chelsea on February 16.

Blanc was without captain Thiago Silva, Marquinhos, Marco Verratti and Javier Pastore through injury but still fielded an imposing line-up, although there was no place for Uruguayan striker Edinson Cavani, whose future remains unclear amid reports this week linking him to Manchester United.

Angers held Paris to a 0-0 draw when the sides met in December, the last time the capital club dropped points this season and the only occasion in which they have failed to score in Ligue 1 this term.

The visitors entered the weekend with the league’s second meanest defence, with goalkeeper Alexandre Letellier denying both Van der Wiel and Blaise Matuidi with his feet in the opening half hour.

However, there was little the Angers keeper could do on 32 minutes when PSG broke the deadlock through Ibrahimovic, whose low shot from the right side of the area took a slight deflection as it flashed through the legs of Letellier.

Di Maria then released Van der Wiel down the right eight minutes later and the Dutchman broke into the box, recovering the ball after an attempted tackle by Romain Thomas, before knocking it back for Lucas to sweep home.

Home keeper Kevin Trapp was a spectator for much of the first half, aside from a Thomas header that forced the German to pluck the ball out of the air under heavy pressure inside his six-yard box.

The hosts’ two-goal lead allowed them to showcase the more expansive side of their game, with PSG’s third goal on 54 minutes emanating from a slick interchange between Ibrahimovic and Di Maria before Matuidi’s superb volleyed cross was turned in by Van der Wiel at the far post.

But Angers continued to battle and reduced the deficit five minutes later as Capelle latched on to a headed clearance and steered a low volley just inside the post.

That proved merely a blip on the radar, though, as PSG reasserted their dominance with a fourth goal on 63 minutes when a tumbling Lucas scooped the ball back to Di Maria and the Argentine brilliantly fired past Letellier on the volley from outside the box.

Di Maria struck again moments later after he was put through by Matuidi and he once more produced a high-quality finish, chipping over the advancing Letellier to round out an 11th straight win in all competitions.

On Sunday, second-placed Monaco are at home to relegation-threatened Toulouse, while two struggling giants meet at the brand new Parc OL as Lyon host Marseille.