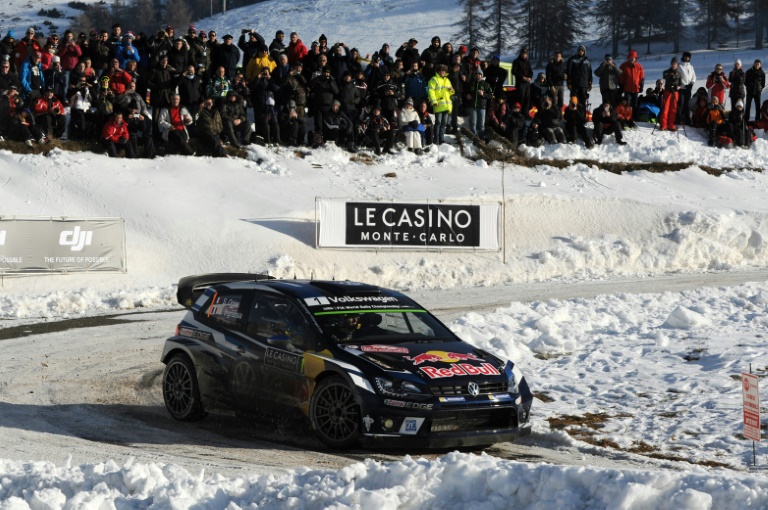 French driver Ogier, behind the wheel of a Volkswagen Polo, will go into Sunday’s final day with the best part of a two-minute lead over Norwegian teammate Andreas Mikkelsen.

It was a miserable day in the Alps for fellow VW driver Latvala and Citroen’s Kris Meeke who had been placed second behind Ogier on Friday.

Latvala retired from the race with a broken suspension after planting his car in a water-filled ditch on the 11th stage.

Although the Finn managed to repair the damage, he was eventually forced to withdraw after realising he would not be able to make the start of the 12th stage in time.

That was not the end of his problems, however, as footage soon emerged of him accidentally crashing into a spectator as he exited the ditch before continuing on his way.

The fan did not appear to be injured although the incident became an instant internet hit.

Meeke retired his Citroen on the 12th stage after damaging his gearbox when he too slipped off the track.

“It’s a shame for Kris as he was very fast this weekend and we had to produce a big performance to stay ahead of him,” said Ogier, who captured just one of the day’s five stages in the tricky muddy, icy conditions.

“It was an exciting fight. Now it’s a different rally for me, I just have to concentrate on getting to the finish.”

Meeke had cut the gap on Ogier to just 26.8sec when he claimed the 11th stage.

“Your instinct is to try to read the road but it’s difficult here. There was a lot of black ice but in other areas it was melting and quite wet,” said the Northern Irishman.

Three stages will be raced on Sunday morning.