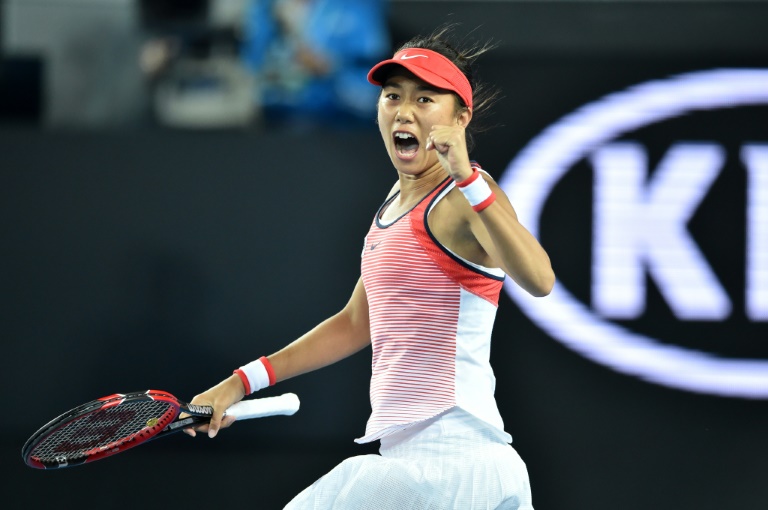 China’s Zhang Shuai is daring to dream she can extend her amazing run all the way to the Australian Open title, crediting the use of compatriot Zheng Jie’s “lucky locker” for her inspirational performances.

It is all the more remarkable given the 27-year-old Zhang, ranked 133, had lost all 14 of her previous Grand Slam matches before this week and was on the verge of retiring.

She has taken inspiration from her friend Zheng, who is not at the tournament this year but has had success at Melbourne Park over the years, including a run to the semi-finals in 2010.

Zheng always used the same locker, and Zhang has it this year.

“I want to keep winning,” said Zhang. “Zheng Jie, she was always very lucky. She played well in the Australian Open. But this year she didn’t come.

“So I think from her a lot of luck this year.”

Zhang, on a six-match winning streak after coming through qualifying, is hoping her run doesn’t run out on Monday when she faces 15th seed Madison Keys, a semi-finalist last year.

Asked if she seriously thought she could press on and actually lift the Melbourne Park trophy, she replied: “Before, no. But today, maybe yes.”

One of the most gratifying aspects of breaking her demoralising Grand Slam duck has been the number of players who have congratulated Zhang, who is a popular player on the tour.

“Yeah, so many girlfriends come to hug me, they’re so proud of me, so excited and happy,” she said.

“Everybody say I make everybody cry, you know. So, because I think so many players are on the tour, we know each other very well, very good friends.

“They thought I would not win one match in the Grand Slam, so I think so many players are so happy to see I won in the first round.