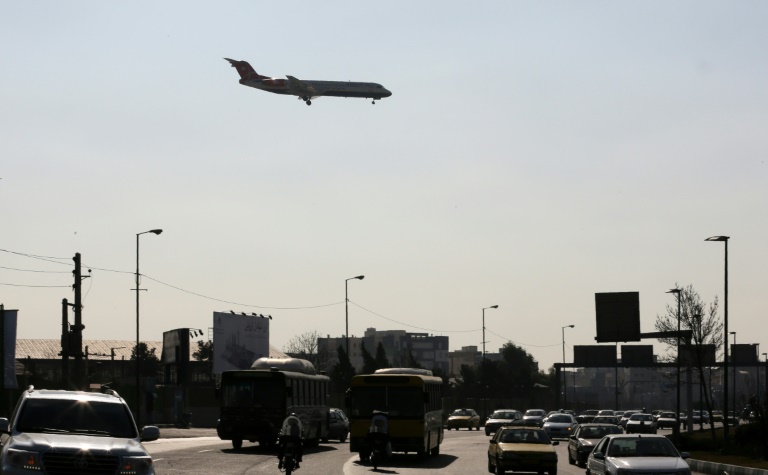 Iran said Sunday it will buy 114 Airbus planes to revitalise its ageing fleet, in the first major commercial deal announced since the lifting of sanctions under its nuclear agreement.

Transport Minister Abbas Akhoundi said a deal on the purchase would be signed between national carrier Iran Air and Airbus during a visit to Paris this week by President Hassan Rouhani.

Rouhani will travel to Italy and France from Monday to Wednesday, on his first visit to Europe since the implementation of the deal curbing Tehran’s nuclear activities in exchange for the lifting of punishing economic sanctions.

Rouhani has hailed the agreement as a “new chapter” for Iran as its economy returns to global markets.

Modernising the country’s air fleet and infrastructure is a top priority, with Akhoundi saying Sunday that only 150 of the country’s 250 planes are operational.

“We have been negotiating for 10 months” for the purchase of planes but “there was no way to pay for them because of banking sanctions,” Iranian state media quoted Akhoundi as saying.

He said the first batch of new planes would arrive in Iran by March 19 but provided no financial details of the deal with Airbus.

Iran, with a population 79 million, has a good road network but still needs major transport upgrades, which Tehran hopes will boost tourism and trade.

Only nine of Iran’s 67 airports are currently operational.

News of the Airbus deal came as aviation industry representatives from 85 companies met in Tehran on Sunday to assess opportunities in the Islamic republic after sanctions were removed.

“It’s a really exciting time, there’s never been a situation like this,” said Peter Harbison, the head of the CAPA consultancy which organised the conference.

“A whole array of different aviation services and new jobs obviously are going to be created,” Harbison told AFP.

“Aviation is one of those industries that creates massive economic flow-on benefits, so tourism will expand, so you’ll need more infrastructure growth in hotels and right across the board.”

Akhoundi said Sunday Iran was also negotiating with US plane manufacturer Boeing, but provided no details.

He said Iran was in talks with the United States on the possibility of reopening direct air routes, which were cut after the 1979 hostage crisis that ended all diplomatic ties between the two countries.

Rouhani’s European tour will see him seeking to restore commercial ties with Italy and France, which were among Tehran’s main economic partners before the tightening of international sanctions in January 2012.

Competition to tap the Iranian market has been fierce as it emerges from international isolation.

Meeting with Chinese President Xi Jinping on Saturday, Rouhani said the two countries aim to build up economic ties worth up to $600 billion in the next 10 years.

They signed a slew of trade agreements, including a $2 billion contract for China to electrify the railway line linking Tehran with second city Mashhad.