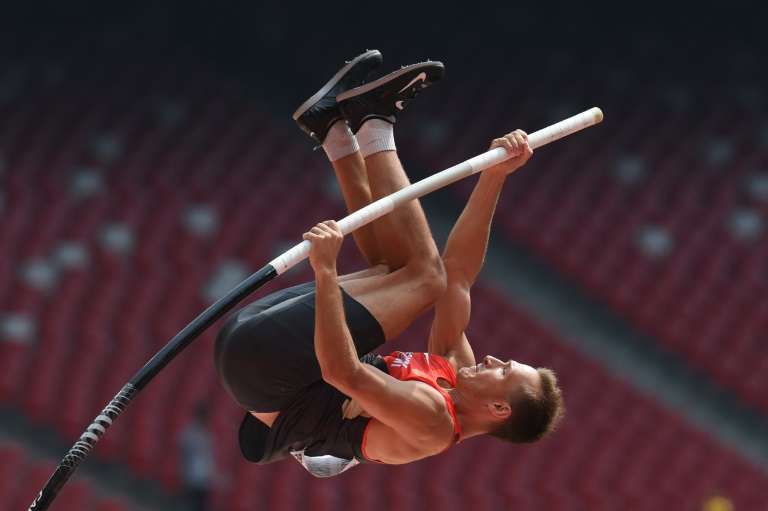 Germany’s former world silver-medallist Michael Schrader is out of the decathlon at the Rio de Janeiro Olympics after a horror injury in training left him with ruptured knee ligaments.

“Rio is gone for me,” he told SID, an AFP subsidiary, on Sunday.

“I can only first think about sport again in a year’s time.”

The 28-year-old, who won a decathlon silver at the Moscow world championships three years ago, suffered the injury in pole vault training on Friday when his knee buckled on impact and he tore both the patella and cruciate ligaments.

He will undergo surgery on Monday in Cologne and then faces months of rehabilitation.

“In the knee, everything is torn which can be torn,” he said.

“It’s of course extremely bitter news, but I still have a few good years ahead of me.

“I have fought my way back enough times in the past (from injury) and I will do so again.”

Schrader has endured a terrible run of injuries in his career.

From 2009 until 2014, he missed three European and two world championships, as well as the 2012 London Olympics, with either a foot or knee injury.

When he finally got himself fit, he took world silver in Moscow with 8,670 points behind Olympic champion Ashton Eaton of the United States.

The Rio de Janeiro Olympics will take place from August 5-21 and the athletics section begins on August 12.