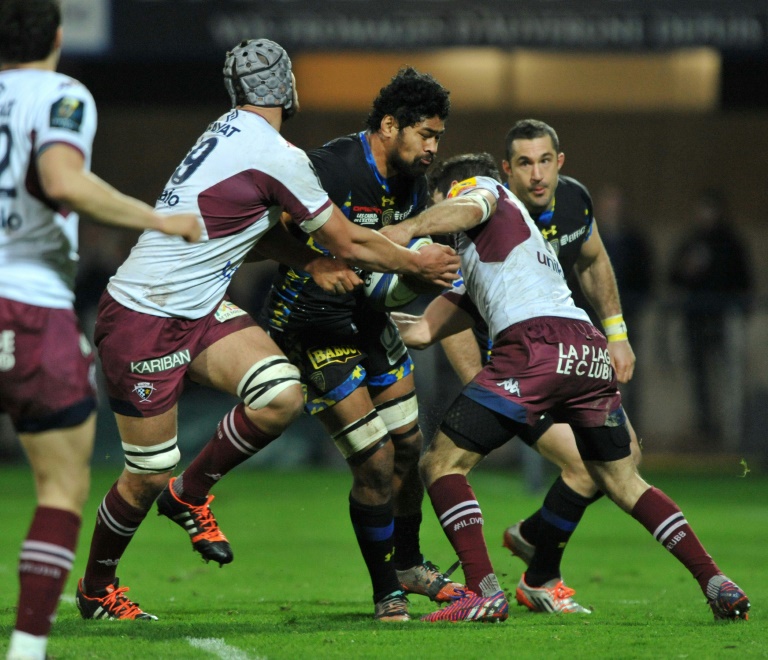 Exeter upset the odds to qualify for the European Champions Cup knock-out stages on a stunning final day of pool action on Sunday.

The Chiefs started the day third in Pool 2 but scored five tries to earn a bonus point in beating Ospreys 33-17 at Sandy Park.

That result took Ospreys from top of the group to third and left last year’s runners-up Clermont favourites to progress.

But they lost at home in Europe for the first time since 2008 to finish bottom of the pool as Bordeaux-Begles came away with a scarcely-believable 37-28 success.

Clermont got off to a blistering start scoring two converted tries in the first three minutes through Wales centre Jonathan Davies and wing Noa Nakataici.

They had an attacking bonus sewed up just after the hour mark as forwards Damien Chouly and Paul Jedrasiak also crossed for tries.

But by then Bordeaux, who could also have qualified with a bigger margin of victory, had stamped their authority on the match.

South African Berend Botha and Sebastien Taofifenua tries, coupled with some faultless kicking had given them a 20-14 lead on 47 minutes, only for Clermont to storm ahead 28-20.

But tries from Paulin Riva and Peter Saili put them back in front and Pierre Bernard’s penalty three minutes from time denied Clermont the losing bonus that would have seen them top the group instead of finishing bottom.

At Sandy Park, Exeter played like a team that believed they could pull off a shock, while Ospreys struggled throughout.

Wing James Short, who had a stunning match, and man-of-the-match New Zealand-born England No.8 Thomas Waldrom scored a brace of tries each, with Kai Horstmann also crossing.

The attacking bonus point, coupled with denying Ospreys a losing bonus, meant Exeter were now in contention to win the group.

In the end it came down to points difference and Exeter just had the edge on Bordeaux, earning themselves a trip to Wasps in the quarter-finals.

Wasps had snatched top spot in Pool 5 with a bonus-point 51-10 thumping of Leinster on Sunday, taking them above holders Toulon who struggled to a 19-14 success at Bath.

Toulon finished as the best second-placed side and will travel to Racing 92, who won Pool 3 comfortably, in the last eight.

Earlier on Sunday, Stade Francais secured the bonus-point victory they needed over Leicester to storm into the quarter-finals, thus eliminating Ulster.

Parisians Stade ran in five tries to Leicester’s three in a 36-21 victory that earnt them a trip to the Tigers in the last eight.

“But the players managed to roll up their sleeves to take control of the match.”

Ulster had kept their knock-out stage hopes alive on Saturday with an eight-try 56-3 rout of Oyonnax.

But a 22-10 bonus-point victory for Northampton at Scarlets on Saturday night, followed by Stade’s win, means no Irish province has reached the quarter-finals for the first time since the 1997/98 season.

Munster were eliminated two weeks ago when losing at Stade while Leinster had already bitten the dust before the turn of the year.

Leicester were actually first on the scoreboard through centre Manu Tuilagi but Stade already had their bonus point before lock Dominic Barrow and hooker Harry Thacker crossed the whitewash.

Leicester had already won Pool 4 and finished the group stage as second seeds behind Saracens, who had the only perfect record of six wins from six.

Sarries will host Northampton in the quarter-finals while for the first time in the competition’s history there will be no Celtic League representation in the last eight.