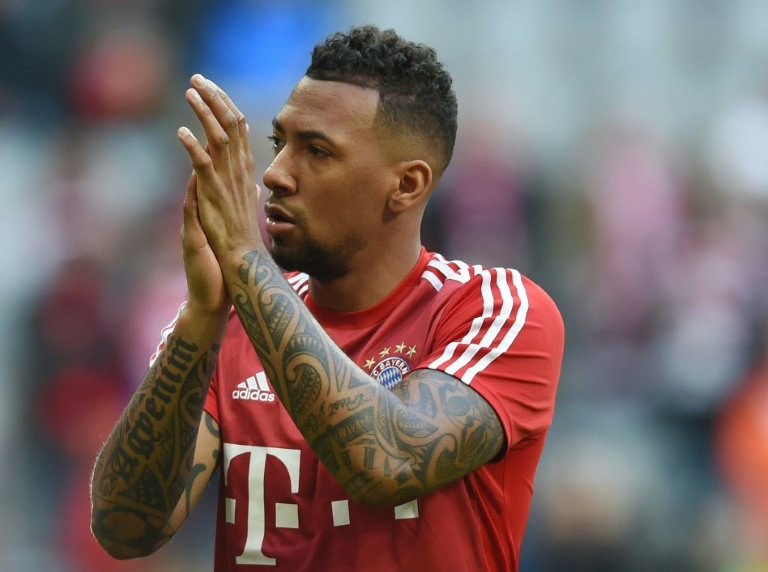 Bayern Munich’s Pep Guardiola admits the latest blow to Jerome Boateng is a concern, amidst reports he will be out for three months, as Juventus loom in the Champions League.

Boateng limped out of Friday’s 2-1 victory at Hamburg and a scan in Munich on Saturday revealed a torn groin muscle, which German daily Bild claim will keep him out for the next three months and possibly the rest of the season.

Bayern have put out a statement simply saying Boateng faces a “long pause” with their last 16, first-leg clash at Juventus now exactly a month away.

The news will also be a concern to Germany coach Joachim Loew as the world champions’ squad meets on Monday when preparations start for March’s friendlies against England and Italy ahead of the European championships in France.

Bayern are eight points clear in the Bundesliga, but are low on defenders with centre-backs Boateng and Medhi Benatia, plus right-back Rafinha out, while Javi Martinez and Juan Bernat have only just returned from injury.

“Without Benatia, Boateng and with Javi Martinez not quite fit yet, we have a problem,” said Guardiola, who has just one fully fit centre-back in Holger Badstuber.

“But if we lose Jerome Boateng for a long time, we’ll still field 11 players.”

Bayern host strugglers Hoffenheim in the league next Sunday, then have three away games at Bayer Leverkusen, second-division Bochum in the cup and Bavarian neighbours Augsburg before hosting Darmstadt at home.

Netherlands captain Arjen Robben says the Reds can ill afford to think about the Juventus match with five games yet to play.

“If you allow yourself to gradually think about the Juventus game, then you’re not paying enough attention,” said Robben.

“We have to give our all in every game.”

Especially as the Bayern squad has made no secret of their desire to see off Guardiola with the treble of Champions League, German Cup and Bundesliga titles before he leaves at the end of the season to be replaced by Carlo Ancelotti.