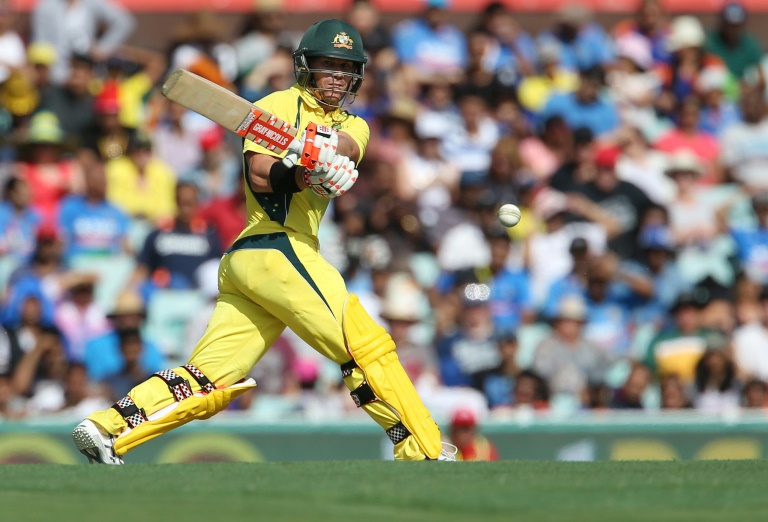 David Warner smashed 122 and Mitchell Marsh was 102 not out as Australia reached 330 for seven in the fifth one-day international against India at the Sydney Cricket Ground Saturday.

After losing the toss and being sent in to bat, the Australians cruised to one more big total on yet another lifeless wicket in a series where the lowest score was India’s 295 in Melbourne last Sunday.

India had the ideal start to the innings when Australia’s Aaron Finch was given leg-before for six padding up to Ishant Sharma.

When they lost Steve Smith (28), George Bailey (6) and Shaun Marsh (7) to stand 117 for four, India must have had hopes of finally restricting the Australian total.

But Warner and Marsh put on 118 for the fourth wicket to put the home side back on track.

When Warner eventually fell, guiding a slower ball from Sharma to Ravindra Jadeja at backward point, wicketkeeper Matthew Wade (36) kept the momentum going with the score passing 320 before he was caught behind off Umesh Yadav.

Debutant Jasprit Bumrah was the pick of the Indian attack, taking two for 40 from his 10 overs.