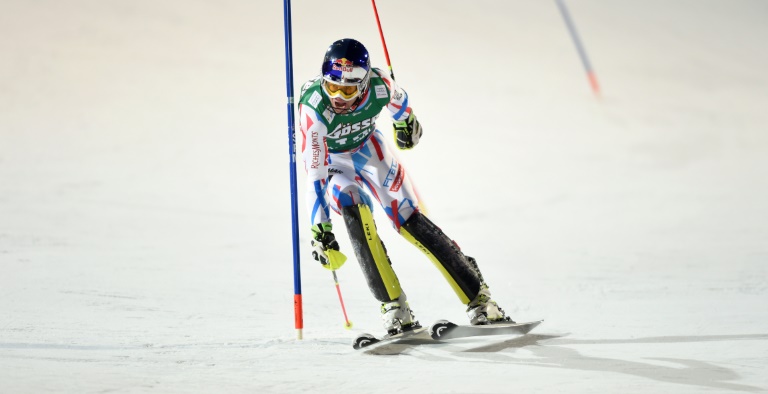 Pinturault was 13th in the super-G but only 1.22sec off Norwegian winner Aksel Lund Svindal going into the slalom, raced under floodlights on the icy Ganslern piste.

The 24-year-old attacked with gusto and his tactics paid off on a demanding course, clocking a combined time of 2min 03.70sec.

It was a memorable French triple, the last coming in the 1970 season when it actually occurred twice, in the Norwegian resort of Voss and on home snow in Megeve.

Svindal, whose morning victory in the super-G was remarkably Norway’s 13th win in 21 races so far this season, had a chance to break the French hegemony, but skied out.

“Today was a real test, a very hard one,” Pinturault said of the slalom.

“Yes of course I believed I could win because it was not so far. To be 1.22sec behind is very close between me and a downhiller.

“For me or any skier, winning in Kitzbuehel is a dream. It’s one of the most mythical races of the winter.”

Pinturault added of the podium cleansweep: “It’s the first time for me! It’s crazy, something special.

“We would like to do the same” in Chamonix on February 19 when the third and final combined event of the season will be held.

“Here in Kitzbuehel to do it is just unbelievable and if we can do the same in Chamonix, it would be incredible.”

Second-placed Muffat-Jeandet admitted that he didn’t think he had done enough, but in fact had recorded the fastest slalom time to ensure a fifth career podium finish.

“After the super-G I was thinking about the slalom because the slalom is never easy here,” he said.

“I was just focused on it and when I came into the finish I was thinking it was not enough. It’s so nice to share this with all my French teammates.”

Mermillod Blondin said the podium sweep was testament to a true team spirit in the French camp.

“It means a lot because we have three French guys on the podium in Kitzbuehel in a combined, I’m there with two good friends,” he said.

“I’m very happy with this race and the podium. I trained all summer in speed and slalom, so today it worked well so I’m very happy.

“Everyone’s friends and we work together. Although it is an individual sport, we train as a team. If the team has a very good team spirit, then I think it’s positive for us.”

There was a disaster for Austrian Marcel Hirscher, who completed the course with an impressive lead, but was seen to have straddled a gate and was disqualified.

It meant more points had gone abegging for Hirscher, who skied out of the Wengen slalom, and now stands 107 points behind Svindal in the overall standings.

Pinturault and Norway’s Kjetil Jansrud, 13th at the end of the day, share the lead atop the combined standings on 120pts, 10 ahead of Mermillod Blondin.

Muffat-Jeandet is in fifth, one point adrift of fourth-placed Italian Dominik Paris (81).