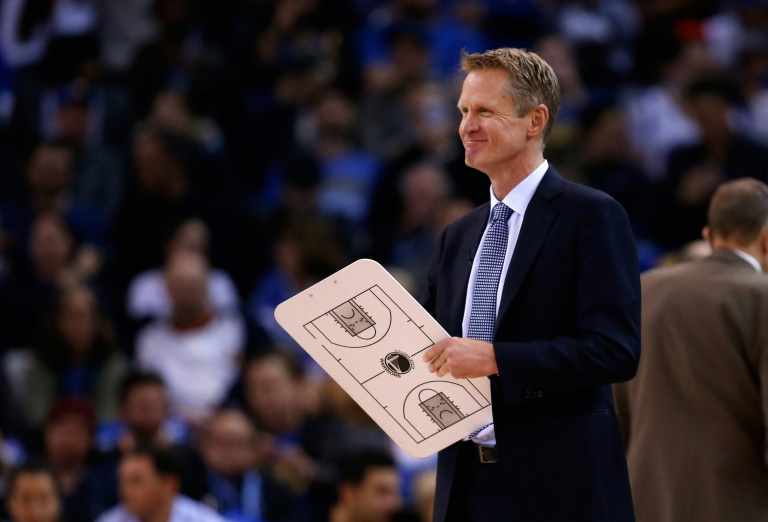 The Golden State Warriors welcomed head coach Steve Kerr back to the bench for the first time this season with a 122-110 NBA victory over the Indiana Pacers on Friday.

Kerr, who had been sidelined by complications from pre-season back surgery, slipped seamlessly back into place, his return overshadowed by the stunning dismissal of head coach David Blatt by the Cleveland Cavaliers — the team Kerr and the Warriors beat in the NBA Finals last season.

The Cavs sent shockwaves through the league when the sent Blatt packing, despite owning a 30-11 record that puts them atop the Eastern Conference standings.

The Cavaliers promoted associate coach Tyronn Lue to head coach, with general manager David Griffin saying that despite their record, the team was “regressing”.

“There’s a lack of spirit and connectedness that I just couldn’t accept,” Griffin said.

That’s certainly not a problem for the Warriors, who thrived under interim coach Luke Walton as Kerr recovered from the after effects of a spinal fluid leak, which left him with debilitating headaches.

Friday’s victory took their record to 40-4. It was their 20th straight win on their home floor in Oakland this season — and their 38th straight at home in a streak dating back to last year.

“I’ve been waiting for this for a very long time,” said Kerr, who received a warm ovation from fans at Oracle Arena.

Stephen Curry, who produced a triple-double of 39 points, 12 assists and 10 rebounds, said having Kerr back on the bench “just felt like normal”.

“We had a great year last year with him running the ship,” Curry said. “It was a little different with Coach Walton, obviously.

“We adjusted and held the fort down while Coach Kerr was out, but just his presence, his voice, mannerisms on the bench, pre-game, all that stuff was like it’s supposed to be.”

Forward Draymond Green added 22 points and 11 rebounds for the Warriors, who remained ahead of the 38-6 San Antonio Spurs in the fight for the best record in the league, with the Western Conference powerhouses due to face off on Monday.

On the 10th anniversary of Kobe Bryant’s epic 81-point game against Toronto, the San Antonio Spurs made sure that glorious performance was only a fond memory for Bryant and the Los Angeles Lakers.

The Spurs dominated the Lakers 108-95, rolling to their 13th straight victory.

Argentine veteran Manu Ginobili scored a season-high 20 points and Kawhi Leonard added 18 for the Spurs, who improved to 38-6.

The Lakers paid homage during the game to Bryant’s 2006 outburst against the Raptors — the second-highest scoring performance in NBA history behind the 100-point game of Wilt Chamberlain in 1962.

But 10 years on Bryant managed just five points on 2-of-9 shooting with six assists in 27 minutes.

DeAndre Jordan continued his torrid shooting for the Los Angeles Clippers making all seven of his shots — all dunks — in a 116-88 rout of the New York Knicks at Madison Square Garden.

Jordan scored 20 points to help the Clippers hand the Knicks their most lopsided defeat of the season. He did see his league-leading streak of double-doubles end at 11 games as he finished with eight rebounds.

Jordan also got his eighth technical foul of the season after tangling with Knicks starting center Robin Lopez, who was ejected from the game.

Jordan had come to teammate Chris Paul’s defense after Lopez smacked the Clippers point guard in the mouth.

“Chris is the smallest dude on the floor,” Jordan said of his retaliatory shove of Lopez. “So we have to protect him.”