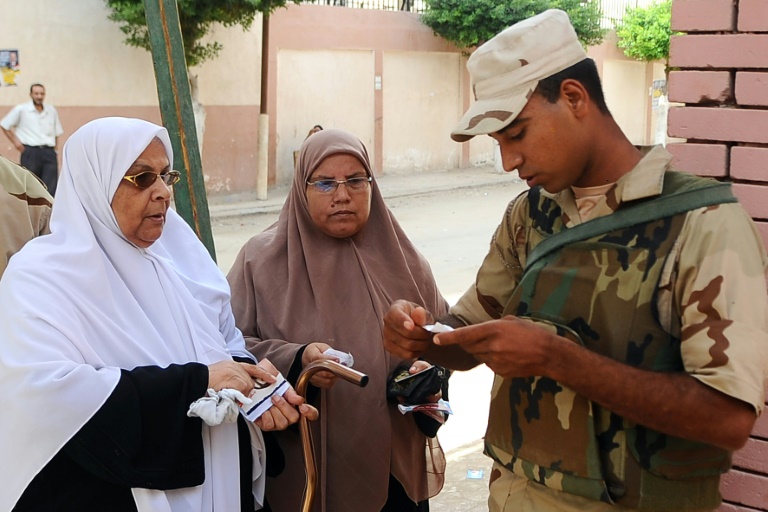 Five years after the uprising against Hosni Mubarak erupted, Egypt has returned to iron-fisted rule by a regime that brutally crushes opponents even as it battles a deadly, jihadist-led insurgency.

The blacklisted Muslim Brotherhood movement is the only group to have called for protests on Monday — the anniversary of the 2011 revolt.

In the run-up to the anniversary, the police have intensified a deadly crackdown against opponents of President Abdel Fattah al-Sisi’s repressive regime, activists said.

Several youth activists who took part in the 18-day uprising that ended Mubarak’s 30-year rule have been arrested in nighttime raids.

“While the president is talking about backing the youths, all those who participated in the January 25 revolution are facing arrests,” said Mostafa Maher, a founder of the April 6 youth movement that spearheaded the anti-Mubarak revolt.

“Though I’m not wanted, I’m scared that I could be arrested on false charges,” said the 28-year-old graphic designer.

Decades of police abuse under Mubarak had been a key factor behind the 2011 revolt, and activists say these violations are back in full swing under Sisi.

Sisi, who has no political party, won a presidential election in 2014 after crushing all forms of dissent.

He has ruled Egypt with an iron fist since July 2013 when, as army chief, he ousted Mohamed Morsi, the Islamist who had succeeded Mubarak but only lasted a year in office.

Since then hundreds of Morsi supporters have been killed and thousands imprisoned in a police crackdown, while dozens of secular and leftist activists have also been jailed.

Amnesty International said Egypt is now “mired in a human rights crisis of huge proportions” as the “country reverts back to a police state”.

“Peaceful protesters, politicians and journalists have borne the brunt of a ruthless campaign against legitimate dissent by the government and state security forces,” it said.

Karim Bitar, analyst at the Paris-based Institute of International and Strategic Relations, said Sisi’s regime has crushed the 2011 revolution.

Worried over the fact that the root causes that ignited the 2011 uprising still exist, the new authorities are going all out to prevent any protests on Monday, analysts say.

Millions had protested against Mubarak chanting “bread, freedom and social justice”, but five years on none of these demands have been met, they say.

Compounding Sisi’s problem is an economy that remains sluggish on falling investments and tourist revenues, while a deadly insurgency led by the Egyptian affiliate of the Islamic State (IS) jihadist group has only swelled.

On Thursday, seven people including five policemen were killed in a bomb blast when police raided an apartment in Cairo. An IS affiliate claimed the blast.

“The rivalry with the state has only grown bigger,” said Gamal Eid, head of Cairo-based Arabic Network of Human Rights.

“The human rights situation is worse than what it was under the Muslim Brotherhood or Mubarak or SCAF,” he said, referring to the military junta that ruled Egypt in the aftermath of Mubarak’s ouster.

In the past few months, police have raided or shut down favourite hangouts of activists such as cafes, cultural centres and a publishing house near Cairo’s iconic Tahrir square — the epicentre of anti-Mubarak protests.

“The regime is trying to besiege everything that is related to the January 25 revolution,” said Mohamed Hashem, owner of Merit publishing house that was raided last month.

It sells books criticising Sisi as well as Mubarak and Morsi’s Brotherhood.

“This regime is the enemy of the January 25 revolution,” said ex-lawmaker Mustafa al-Naggar.

“We have no political space by way of having a party, a syndicate or a civil society.”

Sisi himself has warned against demonstrations on Monday, but that hasn’t stopped the Brotherhood from calling for protests.

An interior ministry official said the latest crackdown was not aimed at “squeezing the youths but avoiding chaos and infiltration of rioters among them”.

However, many Egyptians tired of years of political unrest and instability support Sisi, saying there are no alternatives and that some level of stability has been achieved by his regime.

“Enough about this revolution. It’s five years now and it has proved to be useless,” said Ahmed Mohamed, an owner of a publishing house.

“I incurred terrible losses in the first two years, and I can’t bear anymore.”

The spirit of the 2011 revolution could be rekindled, however, said Bitar.

“The authorities have played on the fear of chaos… but this could change, especially on the back of a sluggish economic growth… and the fight against terrorism.”