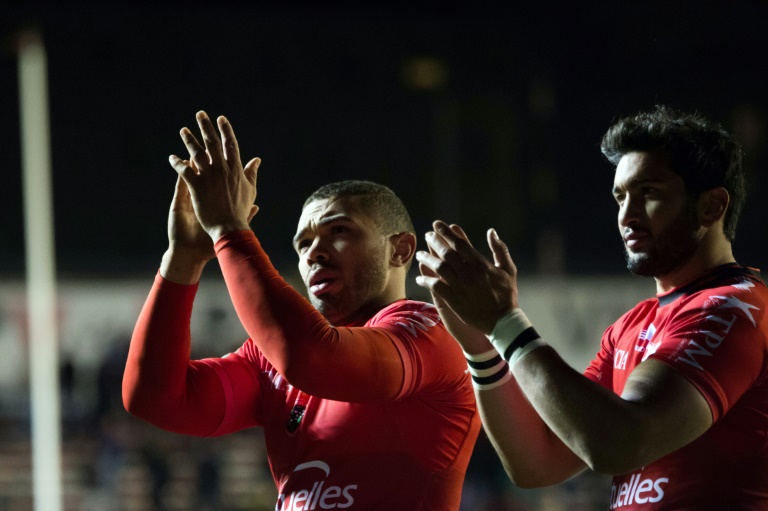 Defending European Cup champions Toulon may be looking at quitting France for the English Premiership but their most pressing concern is avoiding an exit from Europe this weekend.

The mega-rich French giants, whose controversial owner Mourad Boudjellal said he wants his team to play in the English top flight, travel to Bath on Saturday in their final Pool 5 game on top of the table with a one-point lead over Wasps.

But they are living on their nerves in a tournament they have dominated for the last three years, needing a match-winning try from Australia wing Drew Mitchell after the final buzzer to beat Wasps 15-11 last week.

With only the five group winners guaranteed places in the quarter-finals, Toulon can’t afford to slip up at Bath despite the English team playing only for pride with no chance of making the knockout rounds.

A defeat for them and a win for Wasps, who host rock-bottom Leinster, would leave the French side needing to secure a last-eight spot as one of the three best runners-up.

“It’s going to be a very difficult game in Bath. All we want to do is keep on improving and start to find a way to win games away from home,” said Toulon’s Australian fly-half Quade Cooper.

Wasps would have wrapped up Pool 5 had they won in France last week, but now they must try and avoid slipping to a second successive home defeat in the tournament having lost 25-23 to Bath in their last Ricoh Arena outing.

“A few of the boys needed picking up after the game at Toulon because they were so disappointed. I was heartbroken for them,” admitted Wasps director of rugby Dai Young.

Wasps crushed Leinster 33-6 in Dublin in their clubs’ first meeting, but the Irish side are desperate to avoid finishing last in their pool for the first time in 21 years of European competition.

Top spot in Pool 2 is also still up for grabs with Welsh side Ospreys leading last year’s runners-up Clermont by two points.

Ospreys go to Exeter buoyed by a stunning 21-13 win over Clermont last week, overturning a seven-point half-time deficit in the process.

“We probably haven’t got as many glittering individuals as other European teams have got, but what we have got is a massive team ethic and a massive spirit,” said coach Steve Tandy.

Ospreys will be sweating on the fitness of Welsh international fly-half Dan Biggar who limped out of last week’s match with a thigh injury.

The Welsh side will travel to Exeter boosted by veteran lock Alun-Wyn Jones pledging his future to the Ospreys by re-signing his national dual contract this week.

Clermont face fellow Top 14 side Bordeaux without flanker Viktor Kolelishvili who has been banned for 14 weeks for pushing the referee during the loss at the Ospreys.

The remaining three pools have already been wrapped up with Saracens clinching Pool 1, Racing 92 claiming Pool 3 while Leicester are guaranteed top spot in Pool 4.

Saracens and Leicester are the only teams with perfect records of five wins in five games.

Ulster, second in Pool 1 with 13 points and the 1999 champions, have only a slim chance of taking a best runners-up spot and they host Oyonnax on Saturday having recovered from a 23-0 half-time deficit to beat the French side 24-23 in their first meeting.

Northampton, second in Pool 3 on 14 points, go to Wales to meet the Scarlets who have the second worst record of the 20 teams in the tournament.

Scarlets suffered a club record European defeat when Racing 92 thrashed them 64-14 last time out while Northampton stayed alive with a 19-15 victory over Glasgow.

Stade Francais also have 14 points in second spot in Pool 4, a massive nine behind the Tigers who they host in Paris. French champions Stade lost 26-13 at Munster last week.