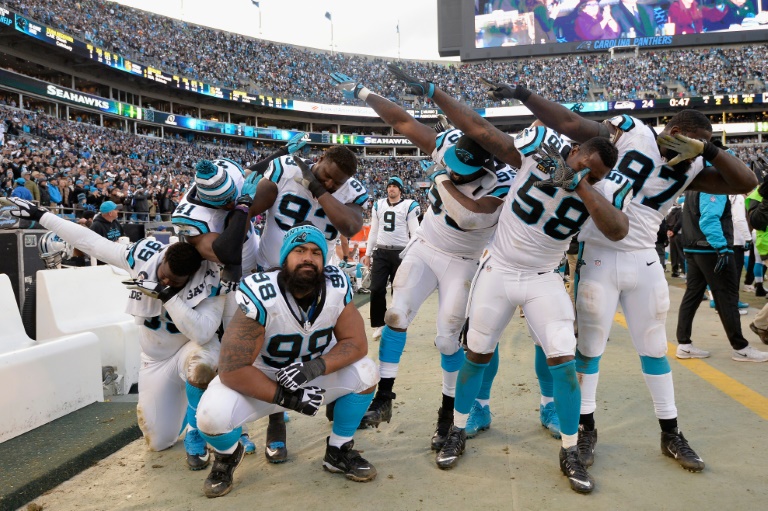 Carolina and Arizona, NFL teams seeking a first Super Bowl triumph, meet Sunday to decide which will advance to next month’s championship spectacle, with both adopting a business as usual attitude.

The host Panthers, who went 15-1 in the regular season and downed Seattle 31-24 last week in the playoffs, have the NFL’s longest active home win streak at 12 games and are favored against Arizona, which edged Green Bay 26-20 in overtime last weekend for quarterback Carson Palmer’s first playoff victory.

That’s why the Panthers, who were only a 20-13 loss to Atlanta from a perfect regular season, don’t want to hear the words Super Bowl just yet.

Palmer and the Cardinals are also trying to keep their game-week routine as they did through a 13-3 campaign.

“As big as this game is, you can’t make it bigger than it is,” Palmer said. “This is a regular-season game in my mind. It’s win or go home. There’s a ton of implications behind it, but I’m not studying extra film or taking extra reps at practice. We’re not doing extra meetings. We’ve got a pretty good recipe that wins games. We’ve been doing it for a long time and we’re going to stick with our recipe.”

Palmer and Carolina’s Cam Newton will become the first former Heisman Trophy winners to meet in the NFL playoffs. Palmer won the trophy symbolic of the best collegiate American football player in 2002 while Newton took it in 2010.

“I used to dream of being in this type of position,” Newton said. “This is why you play football games. I idolized the quarterbacks who would be in these positions and just dream, man, I hope and pray that I get the opportunity to (play in a Super Bowl).”

The Panthers lead the all-time rivalry with the Cardinals 9-5 and they have split two playoff meetings, the most recent a 27-16 Carolina victory in last season’s playoffs.

Carolina will try to pressure Palmer defensively and use the NFL’s second-ranked running attack to take advantage of an Arizona defense that allowed an average of 127 rushing yards a game over their past three starts.

Newton offers a run-pass threat that adds another layer to the Cardinals’ defensive woes while Arizona receiver Larry Fitzgerald has evolved his game to become a unique threat as a receiver and facilitator for others to get open.

The Panthers’ only Super Bowl trip was in 2004 when they lost to New England. Two years later, they lost at Seattle in the conference final and they have not been this close in a decade.

“It wouldn’t do me any good to talk about the next game if we don’t get there,” Panthers coach Ron Rivera said. “We understand this game is a big game. We understand this is an opportunity for us to move forward, but we’ve got to win, first.”

The Cardinals reached their only Super Bowl in 2009, losing to Pittsburgh. Their only NFL crown came back in 1947 when the club was based in Chicago. That’s why they focus on history a bit more recent.

“I was telling some younger guys, ‘Man, if you eat Burger King every Tuesday, go do it,'” Cardinals cornerback Jerraud Powers said. “‘Don’t change what you do on your routine because whatever you’ve been doing is the reason we’re at this point now.'”