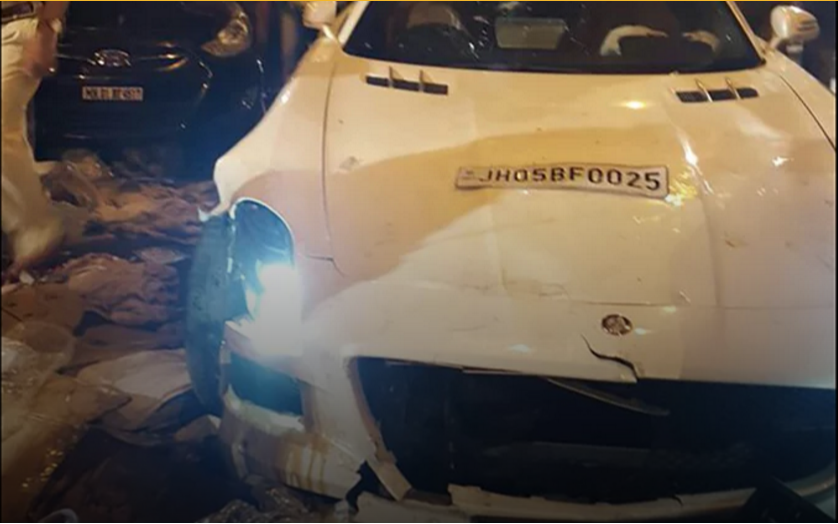 Mumbai: In a tragic incident in Mumbai, a speeding Mercedes car ran over people sleeping on a pavement in south Mumbai on late Thursday night, left five injured.

The driver, who reportedly fled the spot, has been arrested.

The incident occurred around 12:15 am at Mohammed Ali road when the white convertible, with a Jharkhand number plate, reportedly drove over a pavement where four women and a child were sleeping.

According to eyewitnesses, the car rammed two other vehicles before climbing onto the pavement.

“Investigation is happening right now, However, we are not sure of the number of persons inside the car. It can be determined only after thorough investigation,” Ashok Dudhe, a senior police officer said.

The injured are being treated at the government-run JJ Hospital. The condition of two is stated to be serious.