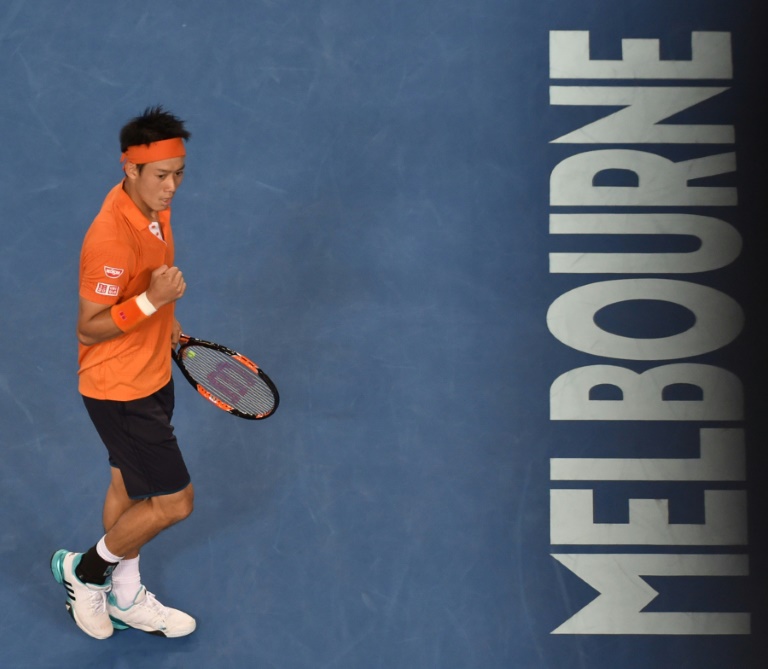 Japanese hope Kei Nishikori emerged from a nearly three-hour battle with Spain’s Guillermo Garcia-Lopez to reach the fourth round at the Australian Open on Friday.

The seventh seed needed four sets to subdue the experienced Spaniard 7-5, 2-6, 6-3, 6-4 in two hours, 48 minutes after rain forced the roof to be closed on Margaret Court Arena.

Nishikori needed a medical timeout for treatment on his right wrist after winning the opening set, but he said it improved during the match.

The 2014 US Open finalist will face now the winner of the all-French clash between Jo-Wilfried Tsonga and Pierre-Hugues Herbert in the fourth round.

“It was a really tough match. I lost the second set easily, so it was tough mentally but I stayed calm and tried to concentrate again and I started to play much better in the last set,” Nishikori said.

“He was serving really well and that’s why I couldn’t return well and I didn’t serve quite well at that stage, but I started to play better.”

With the win, Nishikori successfully came through his first real test of this year’s tournament, with his serve broken three times by the Spaniard.

The Japanese star had not dropped a set to Garcia-Lopez in two previous meetings, but that changed in the second set.

Nishikori incurred more errors than winners (38 to 33) but he powered to victory in the fourth set.

After winning the opening set he sought a medical timeout for treatment on his right wrist, but it didn’t appear to affect his serving.

“It is actually okay, it was sore in the first set but after treatment it got better,” he said.

The Spaniard, who reached the fourth round in Melbourne last year where he lost to Stan Wawrinka, received a code violation from the chair umpire for coaching from his player’s box during the final set.

Nishikoriâ€™s best results at the Australian Open are two quarter-final appearances in 2012 and last year, making him the only Japanese man to reach the tournament’s last eight in the Open era.