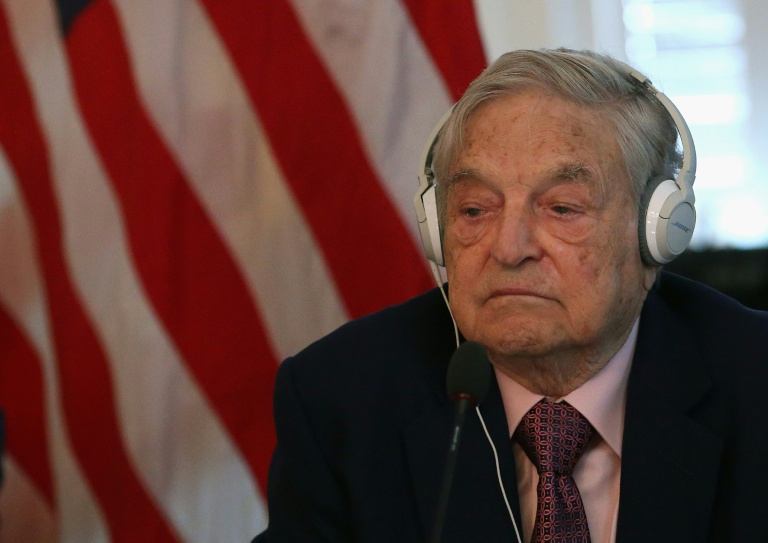 The magnate and philanthropist also said China’s economy was experiencing a hard landing, the US Federal Reserve raised interest rates too late, and Republican presidential front runner Donald Trump was “doing the work” of the Islamic State (IS) group.

“The EU is falling apart,” Soros told a collection of WEF participants, including journalists.

“You have a panic in the European asylum policy,” he said, adding: “We have passed a tipping point where the influx reduces the capacity of the countries to assimilate or integrate the refugees.”

“Everybody is out for himself.”

The Hungarian-born multi-billionaire, answering questions from a Bloomberg reporter at the event, added that the migrant crisis had also hurt German Chancellor Angela Merkel.

She “wanted to stop it (the migrant crisis) so she risked her political capital and she lost because her gesture of opening Germany was not properly prepared”.

Russia, according to Soros, was in a “very, very weak position” and faced “impending collapse”, but the financier said that while China’s economy was experiencing a hard landing, “it has greater latitude… than most other countries”.

Soros also criticised the Fed, saying policymakers “acted one year too late by raising interest rates when the US economy was already slowing down”.

And with the first test of the US presidential race due on February 1 in Iowa, Soros — who has voiced support for Democratic front runner Hillary Clinton — said that by “fearmongering”, Trump and one of his main rivals Ted Cruz were “doing the work of ISIS”, using another acronym for IS.