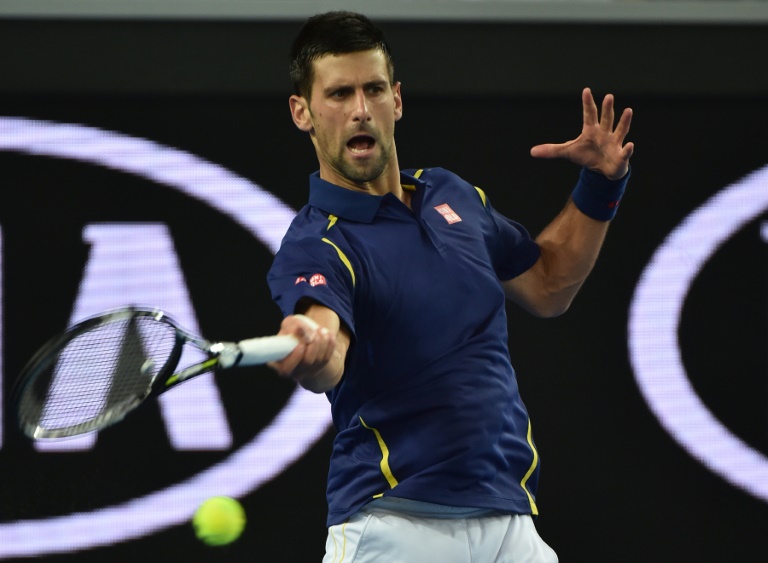 Novak Djokovic said the more he wins, the higher his expectations rise after extending his relentless hold over Italy’s Andreas Seppi to sweep into the fourth round of the Australian Open on Friday.

The world’s top player, coming off an astonishing 2015 season that fell only one win short of a calendar-year Grand Slam, is continuing his imperious form in this year’s opening major.

Djokovic could even pick up the first ever men’s “Golden Slam” this year if he manages to unite the four major titles and be crowned Olympic champion at Rio de Janeiro in August.

The 10-time Grand Slam champion survived two set points in a final set tiebreaker before completing a 6-1, 7-5, 7-6 (8/6) win and his 12th straight over Seppi, and will now play Frenchman Gilles Simon.

The Serbian world number one said it was almost the case that if he did not win a title or make a final it is considered a failure, given his dominance of men’s tennis.

“I think because of the very high standard that you set yourself with great results over the years, you expect from yourself a lot,” Djokovic said.

“It’s true that the more you win actually the higher expectations are from yourself and from others.

“It’s almost like after the 2015 season that I’ve had, anything aside from a title or a final is not a success.

“I still feel like I can do more. So that’s something that keeps me going.”

Djokovic has now reached the round of 16 at the Australian Open for a 10th straight year. He also holds a 33-match winning sequence against Italian opposition.

Djokovic was facing two set points in a third-set tiebreaker before he reeled off four straight points to take the match in two hours, 21 minutes. He is yet to drop a set in three rounds at the year-opening Grand Slam.

“I served my way out of trouble several times. But certainly I must be pleased with a straight sets win because both sets, especially the third, could have gone a different way,” he said.

“But I’m still not very satisfied with certain parts of the second and third sets. I think I could have done better.

“But, again, I played a quality player who took out Roger Federer last year here and who has been on the tour for many years.”

Djokovic whistled through the opening set, with two service breaks in just 25 minutes, but he encountered stiffer opposition in the following set.

The top seed had a break point on his serve in the seventh before breaking the Italian in the 11th game.

Djokovic served out for a two-sets lead over Seppi, who has taken just one set off him in eight hardcourt encounters.

Seppi ambushed Federer at the same stage at last year’s Australian Open, but the top seed was always in command on Margaret Court Arena.

Even when he was two set points down, he still found a way to reel off the final four points to take the match and advance to the last 16.