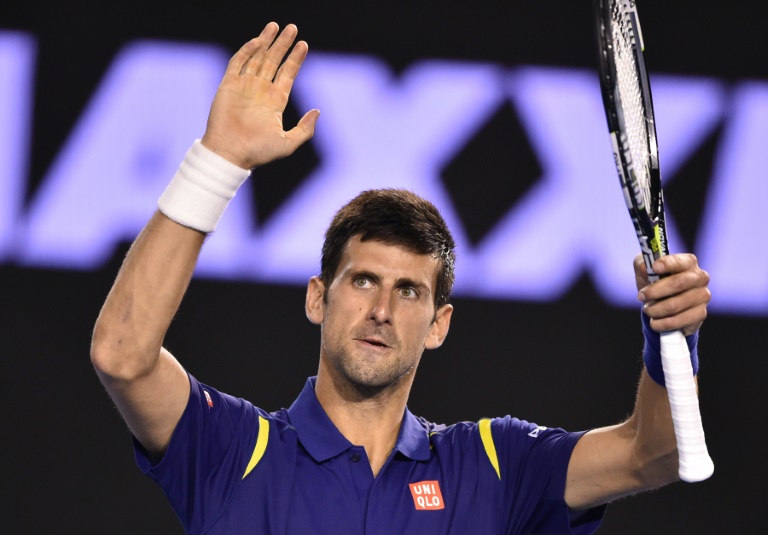 World number one Novak Djokovic faces his toughest test at the Australian Open so far on Friday when he takes on Italian Andreas Seppi, who stunned Roger Federer at the same stage last year.

The Serbian top seed is relegated to Margaret Court Arena for his night match, bumped off the centre court Rod Laver Arena by combustible local hope Nick Kyrgios, who is against sixth seed Tomas Berdych.

Djokovic, gunning for an 11th Grand Slam title, is wary of the threat posed by Seppi, seeded 28.

“He won against (Roger) Federer last year in third round. I think he deserves a lot of respect for the amount of years that he spent in top 30,” said the Serb, a five-time champion at Melbourne Park.

“He’s not really overwhelmed by a big occasion, so I expect him to try his best to win.

“It’s going to be a tough one. I need to be ready for rallies. It’s going to be physical match. But the way I’ve been playing, I have a lot of faith and confidence in my game.”

Serena Williams is on Rod Laver immediately before Kyrgios and Berdych and faces 18-year-old Russian Daria Kasatkina, who is contesting her first Australian Open compared to the American’s 16th.

The world number one’s long-time rival Maria Sharapova is also on court, with the in-form Russian taking on American Lauren Davis as she looks for her first Australian title since 2008.

Federer is hoping to erase his shock defeat to Seppi in last year’s third round when he meets Grigor Dimitrov — the Bulgarian once dubbed “Baby Fed”.

“I think it’s a tough draw. He’s got the game to be really dangerous,” said the wary 17-time Grand Slam winner.

“He’s fit enough for a five-setter so I’ve gotta definitely bring my best game to the court.”