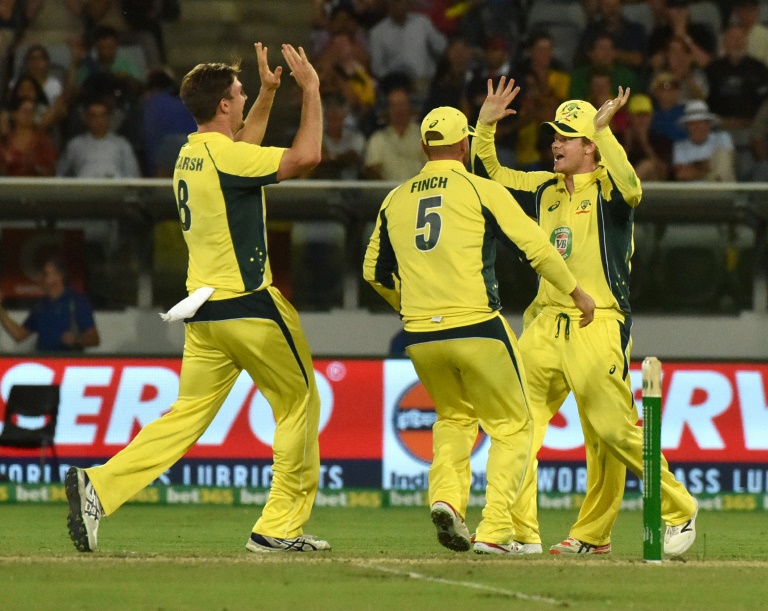 Australia are looking for a one-day series whitewash over India in Saturday’s final game, after being handed an unlikely win in the fourth tie when the tourists imploded with victory in sight.

Coach Darren Lehmann admitted he didn’t think skipper Steve Smith’s men would get “across the line” at Canberra’s Manuka Oval on Wednesday when India were 277 for one chasing 348.

But after a spectacular Indian batting collapse — in which the last nine wickets fell for just 46 runs — Australia won by 25 runs to lead the series 4-0.

“The challenge now is to finish five-zip,” said Lehmann.

The coach added that despite the wins in Perth, Brisbane, Melbourne and Canberra, Saturday’s Sydney Cricket Ground match would still be hard-fought.

“Every game is important, whether it’s five-nil, or 4-1, or 3-2 it doesn’t matter when you are playing cricket for Australia, you actually want to win every game you play,” he said.

“We’ve got a job to do and entertain the crowd along the way. For us it’s a chance to show our skills off.”

Smith said ending the one-day campaign 5-0 was “absolutely” the goal after Test series wins against New Zealand and the West Indies this season.

“It will be a fitting finish for the summer if we can finish with five-nil,” the skipper said.

India captain Mahendra Singh Dhoni, who fell for a duck in Wednesday’s match, said his side’s positive start to the game showed that a series whitewash could be avoided.

“After the first three losses people were saying it’s going to be difficult to come back, but in this game I thought we batted really well,” he told ABC News late Wednesday.

“It also gives a glimpse of what you’ll see in the Twenty20s, a lot of flamboyant cricket.”

Australia and India follow the ODI series with three T20 matches in Adelaide, Melbourne and Sydney.