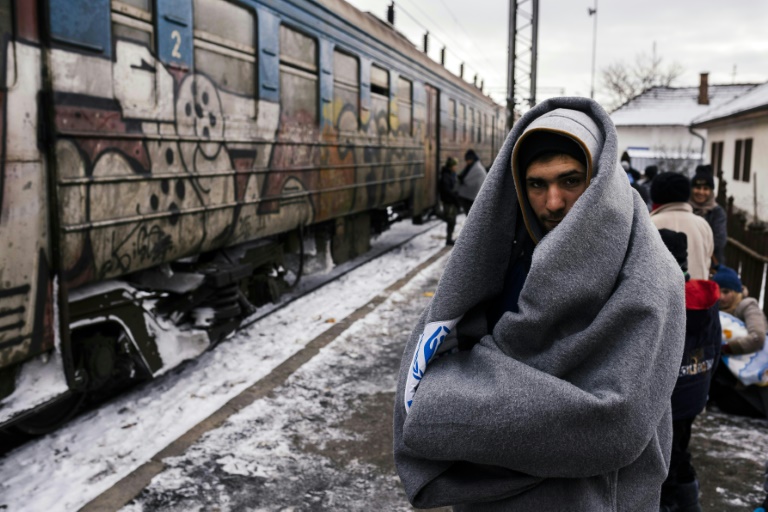 Macedonia has closed its border with Greece to migrants, police in Skopje said Wednesday, blocking the path of hundreds trying to reach northern Europe.

“The border is closed,” a senior Macedonian police official told AFP, while a police spokesman in northern Greece said it had been closed since Tuesday evening, leaving about 600 migrants stranded at the frontier.

The Skopje police official said the move stemmed from problems with Slovenian trains that had disrupted the flow of migrants, but the Slovenian rail company Slovenske Zeleznice (SZ) insisted they were running as normal.

While the SZ website reported Wednesday that technical problems had disrupted traffic at the crossing with Croatia and trains were being replaced temporarily with buses, a SZ spokesman told Slovenian news agency STA that migrants “have been travelling undisturbed so far”.

Serbia meanwhile said that from Wednesday, it would only allow migrants to pass through the country if they were specifically seeking asylum in Austria or Germany.

Last week Austria signalled that it would follow neighbouring Germany’s lead and begin turning back any new arrivals seeking to claim asylum in Scandinavia.

The Serbian minister for migrants issues, Aleksandar Vulin, said in a statement that migrants “will not be able to continue with their journey unless they express intention to seek asylum on the territory of Austria and Germany”.

In the Presevo reception camp in southern Serbia, an AFP photographer said the temperature dropped to minus 15 degrees Celsius on Wednesday morning. He said fewer migrants were at the camp than on previous days — apparently due to the hold-up at the Greece-Macedonia border.

Leading children’s charities had warned Tuesday that young refugees were at serious risk from the bitterly cold Balkan weather, as figures showed 31,000 migrants had arrived in Greece already this year.

UNICEF, the UN Children’s Fund, released a warning that children arriving in southeast Europe were “physically exhausted, scared, distressed and often in need of medical assistance”.

Mirjana Milenkovski, a spokeswoman for the UNHCR in Serbia, said Wednesday that they had seen an increasing number of people with flu or respiratory infections, but refugees were being provided with better clothing, medical care and other assistance where needed.