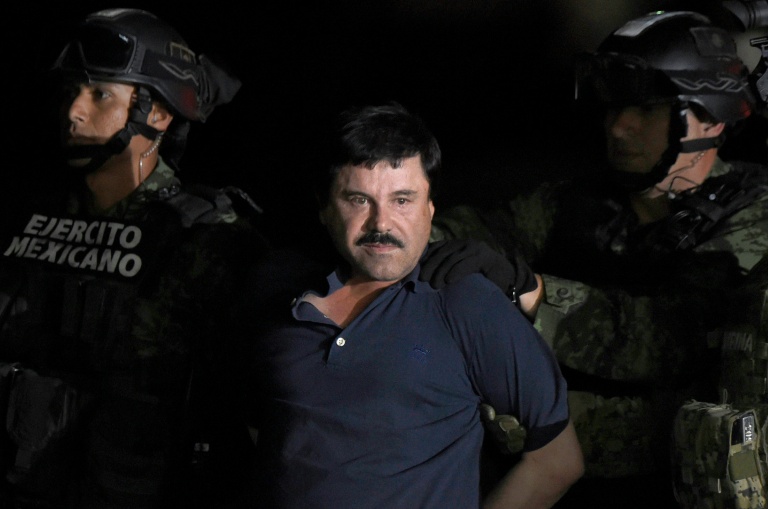 Mexican drug lord Joaquin “El Chapo” Guzman might be in prison, but then, this is no ordinary prison life for sure. He arrived depressed, officials gave him “Don Quixote” to read and a dog tastes his food for poison.

After his January 8 recapture, Guzman was returned to Altiplano, the same high-security prison that he escaped from through a tunnel six months ago.

“A K9 tastes the food first because we must care for his physical integrity in case someone wants to poison him,” Guerrero said, adding that the same thing is being done for the other imprisoned drug barons.

The dogs were also trained to recognize the smell of the country’s “main objectives” as part of efforts to prevent another embarrassing escape.

Guzman has been moved to a different cell 11 times without warning since he was sent back to the prison, Guerrero said.

“He was depressed when he arrived, tired, which is what he said in his first interview. He was very tired of being on the run,” said Guerrero.

Officials gave Guzman a copy of the classic novel “Don Quixote” because “we think that it’s an excellent book and I think that we must start giving him this type of reading material, so that he starts reading.”

Attorneys have claimed that Guzman was being kept in isolation and was being mistreated.

But officials denied that Mexico’s most powerful drug baron was being held incommunicado, saying he had access to a lawyer.

Guzman was able to see a stream of visitors in his previous, 17-month stay in prison, including a woman who entered with a fake ID. One of his lawyers is accused of helping to plan his escape.

This time, the mother of his twin daughters, Emma Coronel, has been unable to see him since his return to prison.

Although it was widely believed that Coronel, a former beauty queen, married Guzman a decade ago, Guerrero said Guzman had not divorced from his previous wife.

For Coronel to be allowed to see him, “he will have to give us a divorce certificate and then he has to demonstrate the common-law marriage,” the official said.

While Guzman awaits possible extradition to the United States, the government has taken extraordinary measures to prevent a new escape at the Altiplano, which nobody had broken out of until his henchmen dug a 1.5-kilometer (one-mile) tunnel to set him free.

Metal rods were woven closely together under the floor to prevent another tunnel entrance like the one that opened into Guzman’s cell shower.

More surveillance cameras were installed and blind spots, like the one behind the shower wall, no longer exist.

Two elite guards now keep watch on Guzman 24 hours per day, with a camera on top of their helmets.