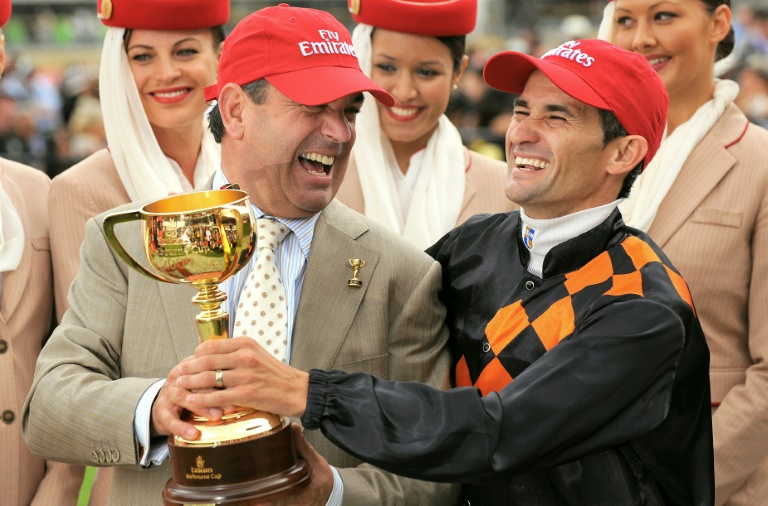 Danny O’Brien and Mark Kavanagh have vowed to appeal their multi-year bans after becoming the latest Australian trainers to be found guilty of doping horses amid a cobalt crisis engulfing the racing industry.

The Victorian Racing and Appeals Disciplinary Board on Wednesday banned O’Brien for four years and Melbourne Cup winner Kavanagh for three years.

Vet Tom Brennan pleaded guilty, despite saying he did not know cobalt was in the horse drips, and was banned for five years.

The Flemington trainers argued that they were not aware of the level of cobalt in vitamin supplements.

Kavanagh, who won the Melbourne Cup with Shocking in 2009, was found guilty of one cobalt administration charge and O’Brien of four.

The Victorian Civil and Administrative Tribunal granted a stay of proceedings to both the Flemington trainers who will still be allowed to race.

O’Brien, who won the 2007 Caulfield Cup, told reporters he looked forward to the appeal.

“Finally they (Racing Victoria) will be called to account for their flagrant disregard of racing rules,” he said.

Another high-profile cobalt case is pending with Black Caviar trainer Peter Moody expected before the disciplinary board on charges next month.

He faces a three-year ban if found guilty.

Four other Australian trainers have already been hit with lengthy bans in what has become a cobalt crisis for Australian racing.

More trainers have horses that have tested positive for cobalt and are awaiting charges.

Australian racing rules describe cobalt as a naturally occurring trace element which may normally be present in horses at very low levels. It is also found in vitamin B12.

Cobalt is believed to improve endurance, however, trainers have been warned of severe side effects.

The Australian Racing Board set a threshold level of 200 micrograms per litre with bans enforced for higher concentrations from January 1 last year.