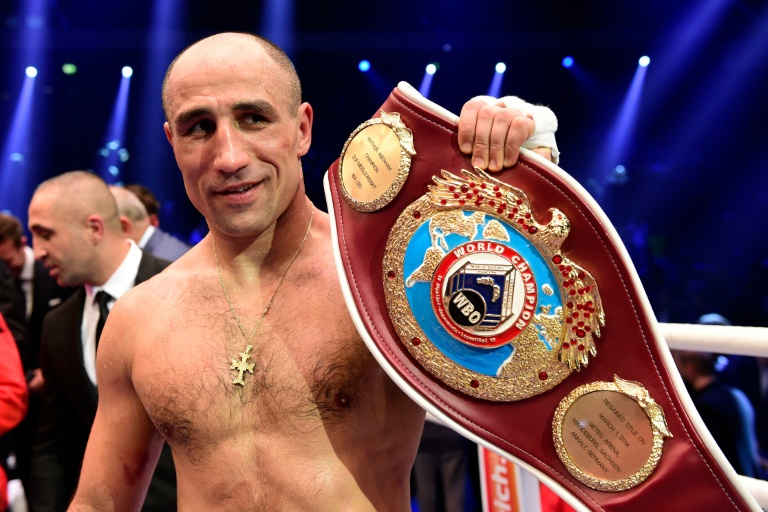 Germany’s Arthur Abraham will defend his WBO super middleweight belt against undefeated Mexican Gilberto Ramierz on April 9 in Las Vegas, it was announced on Thursday.

“I love to box in my native Germany, but the offer to compete in Las Vegas, on the biggest stage in the world, was something neither my promoter nor I could possibly refuse,” said Berlin-based Abraham.

The 35-year-old Abraham will face a significant test against the 24-year-old Ramierez, who has an unblemished record of 24 knock-outs from 33 wins with no defeats.

Should he defend his world title for the sixth time, Abraham will be the first German to win in Las Vegas.

“It is the dream of every professional boxer to see their name in neon lights over the strip in Las Vegas,” said Abraham, who has 29 KOs from his 44 wins.

He has won all eight of his fights since the last of his four defeats, to compatriot Robert Stieglitz back in March 2013.

Abraham last defended his title with a split decision win over Britain’s Martin Murray in November.

“This is perhaps the biggest challenge of his career. Arthur can become a German boxing hero,” said his veteran coach Ulli Wegner.