Home World Was 2015 hottest year on record? US to make big reveal 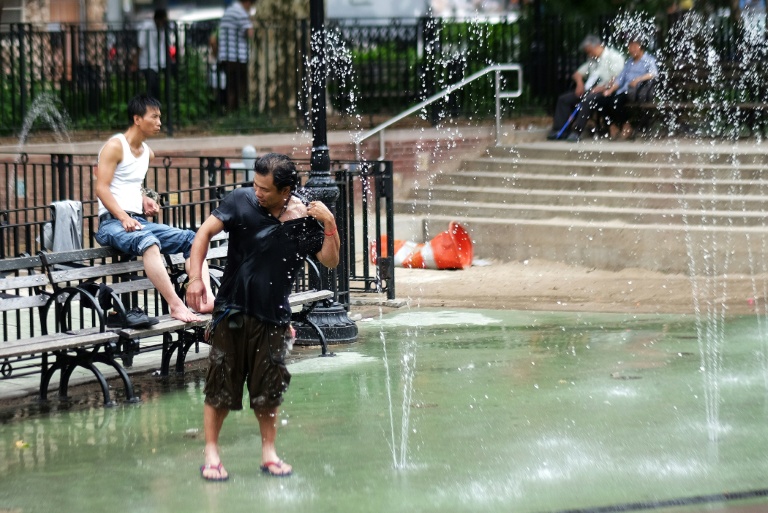 US government scientists are widely expected to announce Wednesday that 2015 was the planet’s hottest year in modern times, amid mounting concerns over the pace of climate change worldwide.

Last year’s global average temperature over land and sea surfaces is scheduled to be revealed at 11:00 am (1600 GMT), in a conference call between the National Oceanic and Atmospheric Administration (NOAA), the US space agency NASA and reporters.

Scientists who track climate expect 2015 will beat 2014 for the warmest since the 1800s, particularly since NOAA announced in December that global heat records were broken in nine months of the year, including the last seven in a row.

The “first 11 months of 2015 were the warmest such period on record across the world’s land and ocean surfaces,” NOAA said in that report, the same kind it delivers each month, tallying the world’s extreme weather events and temperature averages.

Jake Crouch, climate scientist at NOAA’s National Centers for Environmental Information, added: “At this point we’re virtually certain that 2015 will be the warmest year on record.”

Another group, Berkeley Earth — a US non-profit organization that says it was founded by people who saw some merit in the claims of climate change skeptics — has already released its findings.

“2015 was unambiguously the hottest year on record,” it said in a statement last week.

The group was previously more cautious than NOAA in anointing 2014 the hottest year on record. Berkeley Earth said its scientists determined that 2014 ended in a statistical tie with 2005 and 2010.

This time, though, record highs in much of South America and the Middle East, and parts of the United States, Europe and Asia leave very little wiggle room.

“Now, however, it is clear that 2015 is the hottest year on record by a significant margin,” said executive director Elizabeth Muller.

Specifically, 2015 exceeded the previous record-holder 2014 by 0.14 degrees Celsius, according to the global surface temperature average on land and sea for the year, it said.

In a sign that the planet is warming faster than ever due to greenhouse gases spewed into the atmosphere when fossil fuels are burned, the 10 hottest years on record — with the exception of 1998 — have all occurred since 2000, NOAA says.

Berkeley Earth framed it another way, pointing out that the Earth is about halfway to a milestone — reaching the international target of seeing global average temperatures rise two degrees Celsius (3.6 Fahrenheit) above pre-industrial levels.

The Earth “may begin to cross that threshold in about 50 years,” said Berkeley Earth scientist Robert Rohde.

NOAA has said that the only way for 2015 not to set new records would be if December were unusually cold — 0.43 degrees Fahrenheit (.24 Celsius) colder than the coldest December on record, which came in 1916.

For the United States alone, 2015 was the second warmest on record, NOAA said earlier this month.

The United States, a leading world polluter, still grapples with the outsized presence of climate change deniers and skeptics in the halls of Congress.

NOAA’s announcement on Wednesday also comes against a backdrop of the recently completed Paris climate talks, at which the goal of capping global warming at 2 C above preindustrial levels was enshrined.

In an editorial this month in the New York Times, former astronaut and NASA climate scientist Piers Sellers applauded that goal but, revealing he has pancreatic cancer, also lamented that he will not be able to see the solutions play out in his lifetime.

“I think that future generations will look back on 2015 as an important but not decisive year in the struggle to align politics and policy with science,” he wrote.

“This is an incredibly hard thing to do.”