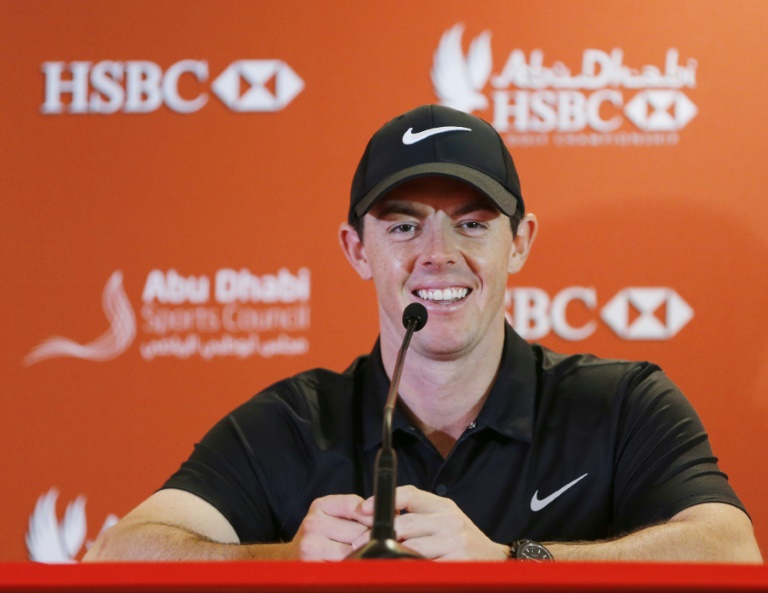 Five-time major champion McIlroy, and the current Masters and US Open champion Spieth have been paired together for the first two rounds of the $2.7 million Abu Dhabi HSBC Golf Championship, the first event of the European Tourâ€™s Desert Swing.

The third player in the group is world number six Rickie Fowler.

McIlroy is playing his first tournament of 2016 â€“ after a gap of almost two months since winning the DP World Tour Championship in Dubai in November â€“ and he was relishing the prospects of being pushed into a pitched battle straightaway.

“On Thursday morning, it’s my first competitive shot in a couple of months. To tee up alongside those guys – itâ€™s excitement. Thereâ€™s a buzz about it,” said McIlroy.

“It was sort of the same last year in Abu Dhabi with Rickie and the previous couple of years it was with Tiger.

“Youâ€™re teeing off the first round of your season and it feels like youâ€™re right into the thick of things at the start.

“Itâ€™s a real competitive start to the year, and I feel like Abu Dhabi has really helped me start the year quickly and well over the past few years, and hopefully thatâ€™s the same case this year.”

McIlroy was confident that the extended break, and the laser surgery of his eyes, is going to help him on the golf course in what is shaping up to be an exceptionally busy year with the Olympics and Ryder Cup on the card.

“Itâ€™s been great. It was a nice break over Christmas and new year,â€ said the 26-year-old McIlroy.

“I felt like I needed it mentally and physically a little bit. So it was nice to take that extended break and come back feeling really refreshed and excited to go.

“I feel like the surgery has definitely made things just that little bit sharper, maybe within 50 metres or so.

“Iâ€™ve obviously practised now for the last couple of weeks and I’ve practised pretty well. I feel like Iâ€™ve always been a decent green reader, but maybe not quite as good as I could be. So that was one of the reasons why I took this step to have the eye surgery.â€

McIlroy has finished runner-up in the Abu Dhabi HSBC Golf Championship four times in eight starts. For Spieth, it will be his debut in the UAE capital.