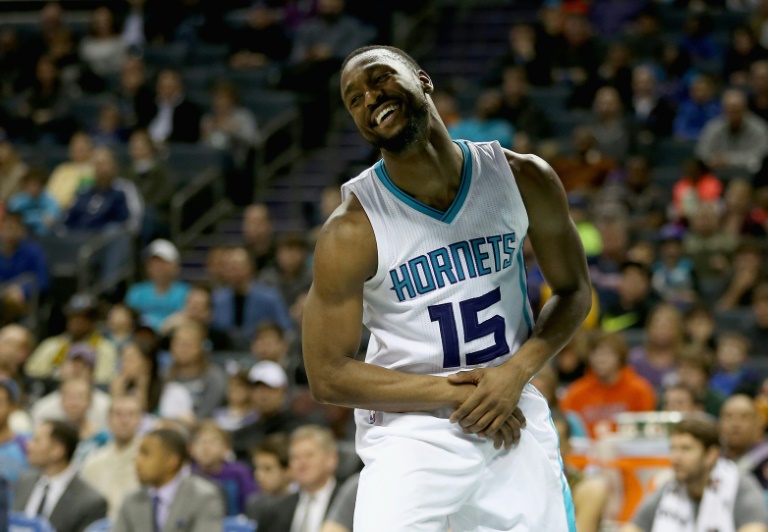 Kemba Walker scored a career-high 52 points as the Charlotte Hornets downed the Utah Jazz 124-119 in double overtime on Monday.

Walker’s virtuoso display included nine points in the second overtime, and a critical three-pointer with 2:53 remaining, which took Charlotte 116-110 clear.

Walker also contributed eight assists and nine rebounds as the Hornets marked the Martin Luther King public holiday with only their second win in the last 11 games.

Utah looked to be taking a grip on the contest in the first overtime period, which began with a decisive dunk from center Rudy Gobert.

Eight points from Walker however helped Charlotte keep pace with Utah and take the game to double overtime with the scores level at 108-108.

Walker’s final haul was a franchise record for Charlotte and also marked the first time any Hornets player had topped 50 points in an NBA game.

The 25-year-old from New York said afterwards he had consciously set out to be more aggressive.

“When I had my shots, I was just trying to be aggressive and take them…. and they were falling in,” Walker told reporters, adding that he had not been keeping track of his points haul during the game.

“I was just playing my game. Somebody told me I had 48 points. It was just the way the game went.”

Walker paid tribute to the way Charlotte responded after Utah capitalized on a series of Hornets mistakes to grab the lead.

“We did make a lot of mistakes — I’m just happy we played through them,” he said.

“We kept fighting through all the mistakes. That was a really good win for us,” Walker said, insisting he had had better performances in the past despite the record points haul.

“Is it the most points I’ve scored? Yes. Is it the best game? No,” he continued.

“I’ve definitely had better games, more complete games. Offensively tonight, I was great, but I could have been a lot better on defense.”