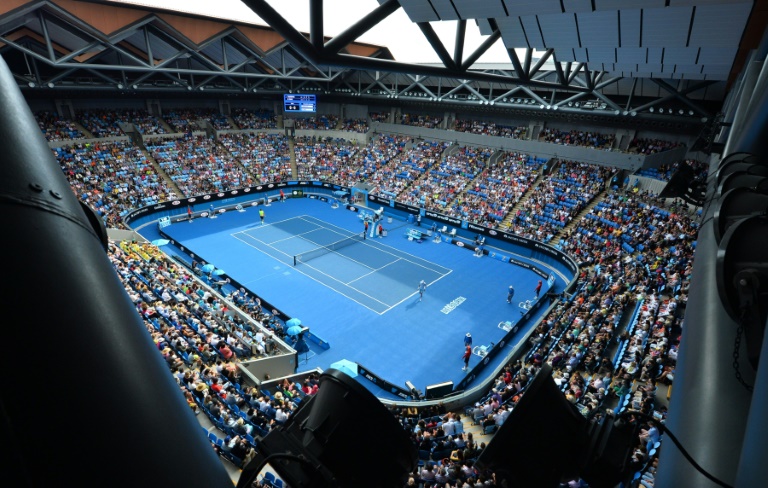 Despite being a pioneer in preventing corruption, tennis remains vulnerable to match-fixing, tempting international mafia groups to exploit betting markets.

A report alleging widespread corruption in tennis cast a shadow over the start of the Australian Open as officials vigorously denied suppressing evidence of match-fixing.

Pim Verschuuren, co-author of ‘Sports betting and corruption’, believes however that tennis has “several risk factors” which makes it particularly easy to manipulate.

“Firstly it’s an individual sport, so easier to manipulate. Then, there is a big financial gap between the players, and finally, you can bet on anything, any aspect of the game,” continued Verschuuren, who works as a researcher at the Institute of International and Strategic Relations (IRIS).

In this way tennis, which represents an estimated 20-25 percent of global online sports betting, has climbed to a 50 percent share of the live-betting market — the highly specialised betting offered throughout a game until its conclusion.

British website Bet 365, one of the leaders in online betting, has specialised in point by point betting on major tournaments including Wimbledon.

And the more precise the bet, the easier it is to manipulate.

“You can say to a player to lose the fifth game, or someone in the crowd signals so he loses a point,” explains Christian Kalb, former head of the sports betting for France’s state-controlled lottery and betting monopoly La Francaise des Jeux, who now works as a consultant on the subject.

On a “big” game, in fact, the amount of money wagered makes it easier to hide potential match-fixing where bets can go up to several hundred thousand euros.

It is estimated that the fortnight of the French Open generates more than a billion euros in betting globally, and the entire tennis season over 200 billion euros. Of this, only 15 percent relates to the legal market.

A situation so flourishing that the sums offered by match-fixers are swelling faster than the prize money being offered by tournament organisers.

Once in the spiral, the player becomes a hostage and subject to pressure or blackmail from individuals who are mostly linked to organised crime in Eastern Europe, Asia and South America.

Conscious of its inherent weaknesses, tennis was the first sport to acquire control of the mechanism of betting.

Following the 2007 case cited on Monday by the British media and the investigation into Russian tennis player Nikolay Davydenko, which resulted in him being cleared, the international federation created the Tennis Investigation Unit (TIU) whose investigators work with police in many countries.

The ATP and WTA were also given very strict rules prohibiting players and their entourage from betting, while in the big tournaments, systems are in place to identify important bets and track suspicious gambling patterns.

“Overall, there have been very few cases because there are very few ways to obtain evidence,” admitted Verschuuren, except in countries in western Europe, signatories of the Convention of the Council of Europe on the subject.

Tennis, however, remains far behind football, which accounts for 60 percent of worldwide bets, and has been sullied by the Italian Calcioscommesse case and recurrent scandals in Southeast Asia, with cricket also repeatedly mired in allegations of match-fixing.