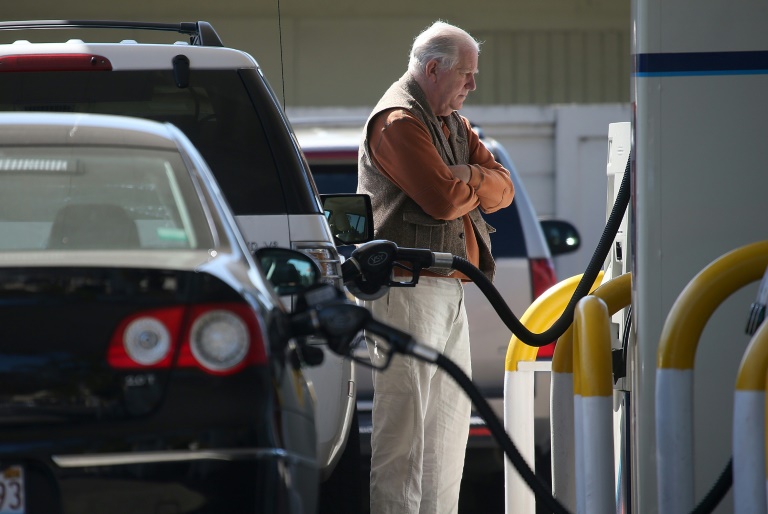 Brent crude tumbled below $28 a barrel in Asia trading hours to reach a fresh 2003 low point on fears about a worsening global supply glut.

But the market then found brief support, rebounding above $29 on bargain-hunting and as OPEC hinted at a more rebalanced market, beginning this year.

Half a million barrels of Iranian crude is set to be added to already saturated markets after US and European leaders ended a crippling embargo put in place over Tehran’s nuclear programme.

The news led to further selling of black gold, whose prices have slumped by about three quarters in value since mid-2014 owing to the supply glut, record output levels, weak demand growth and a slowing global economy led by China.

But the Organization of the Petroleum Exporting Countries (OPEC), of which Iran is a member, said Monday that it expects a “rebalancing process” as the sharp fall in oil price causes production from non-cartel competitors such as the United States to fall after seven years of “phenomenal” growth.

If the prediction is accurate, it would make a victory of sorts for OPEC’s strategy of keep the oil flowing despite crude sliding from above $100 in 2014 — to defend its market share.

In volatile trading, they then shot above $29 a barrel, before easing back slightly.

“The drop was due to the Western sanctions on Iran being lifted,” said Phillip Futures analyst Daniel Ang.

“This means we will be seeing a bigger oil glut with Iranian crude exports coming back to the market.”

Ang added that prices had rebounded on bargain-buying.

Iran on Monday ordered as planned an increase of 500,000 barrels per day in its oil production.

“Iran has quite a large storage of oil at the moment,” Spooner told AFP.

“They are in a position to sell that if they choose to do so and increase supply quite quickly… (but) they’ve got to get the buyers and that’s one of the key questions,” he said.

Banking group ANZ said Iran is likely to offer discounts to entice buyers, leading to “further downward pressure on prices in the near-term”.

Around 1730 GMT in London, Brent North Sea crude for delivery in March was down 22 cents at $28.72 a barrel compared with Friday’s close.

US benchmark West Texas Intermediate for delivery in February slid 42 cents to $29.

OPEC on Monday said that “after seven straight years of phenomenal non-OPEC supply growth… 2016 is set to see output decline as the effects of deep capex (capital expenditure) cuts start to feed through”.

Royal Dutch Shell on Monday said it was exiting a key natural gas project in Abu Dhabi owing to the collapse in global energy prices.

And in major crude producer Russia, the ruble fell close to a historic low as stock markets slumped on the back of sliding oil prices.