Home Music & Entertainment No ‘Friends’ reboot on the cards 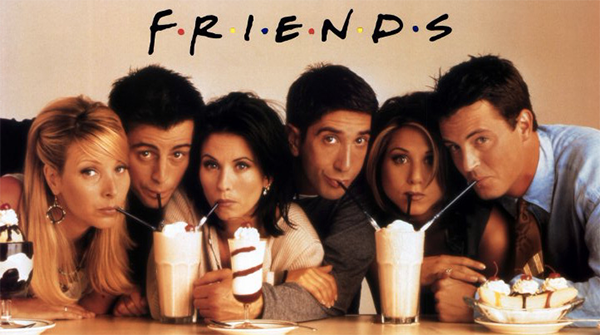 After Matthew ‘Chandler’ Perry played party pooper, not joining the reunion special of the “Friends” cast, now the sitcom’s co-creator Marta Kauffman has ruled out the possibility of rebooting the series.

While “Friends” fans were overjoyed after NBC announced that the show’s cast would reunite for a television special, Kauffman has said she is not interested in doing anything with the popular sitcom, reported Female First.

“Why? I mean, for me, why go back to that territory?” she said. “I get to do what I loved about ‘Friends’ which is make a show that’s got some hope and joy to it, and explore something completely new.

“That was about a certain time in your life and I just had left the ‘Friends’ time of my life. This is the time in my life that I’m looking toward. It’s thrilling that we can do that,” she added, referring to her Netflix’s series ‘Grace and Frankie’.

She also refuses to call the NBC special a “Friends” reunion since the event focuses on honoring TV director James Burrows.

During the “Grace and Frankie” panel, Kauffman also made a similar statement about a possible “Friends” movie. “I will say there will never be a Friends reunion movie,” she told the audience.

“Friends” stars Jennifer Aniston, Courteney Cox, Lisa Kudrow, Matt LeBlanc and David Schwimmer are scheduled to reunite for a tribute to TV director James Burrows. Matthew Perry will not join the gang because of another commitment, but he will still be a part of the special.