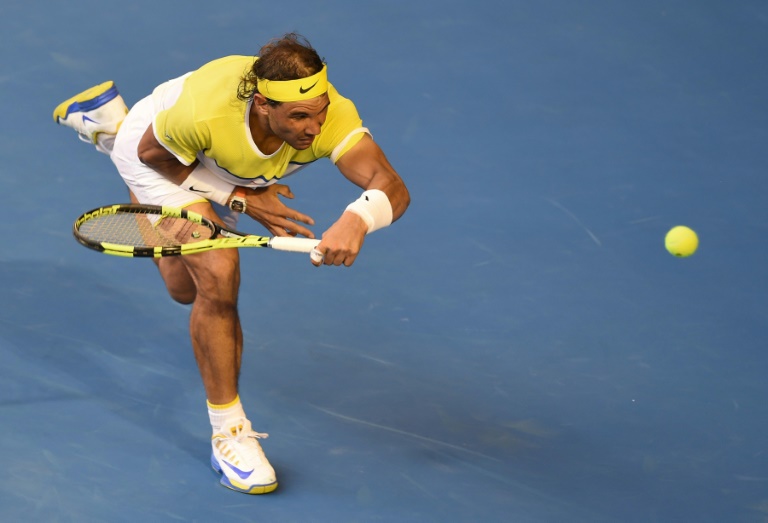 Rafael Nadal crashed out of the Australian Open first round after a five-set thriller against Fernando Verdasco Tuesday, increasing fears about his ability to add to his 14 Grand Slam titles.

It was one of the worst ever Grand Slam performances for Nadal, who also lost in the 2013 Wimbledon first round and has not won a major title since the 2014 French Open.

“It’s tough, but at the same time, I know I did everything that I can to be ready for it,” Nadal said. “Was not my day. Let’s keep going. That’s the only thing.

Nadal can at least take heart that the Australian Open has historically been his toughest Grand Slam tournament, with his only win coming against Roger Federer in 2009.

That year, he fought off Verdasco in another five-set epic which clocked in at five hours, 14 minutes — the second longest match in tournament history — in the semi-finals.

But the following year, he limped out of his 2010 quarter-final with Andy Murray during the third set with a knee injury.

In 2011, Nadal was troubled by a thigh injury as he went down in straight sets in the quarter-finals to fellow Spaniard David Ferrer.

And in 2014, Nadal was hit by a back problem when he lost to Switzerland’s Stan Wawrinka in the final.

On Tuesday, Verdasco looked headed for the exit when he trailed 0-2 early in the fifth set, only to reel off six straight games to snatch only his third victory in 17 encounters with Nadal.

Verdasco, the world number 45, was on fire with his thumping forehand, hitting 41 forehand winners among a total of 90 outright winners.

His all-or-nothing approach was shown by his 91 unforced errors as he trailed Nadal by two sets to one in an awesome hitting display on Rod Laver Arena.

He broke Nadal’s serve five times, while losing his service on six occasions in the battle of the left-handers.

“I think I played unbelievable in the final set from that early break and I started hitting winners,” said Verdasco.

“I started serving better in the fourth set and he started to hit a little less deep so I started to come in more and tried to be aggressive and went well.”