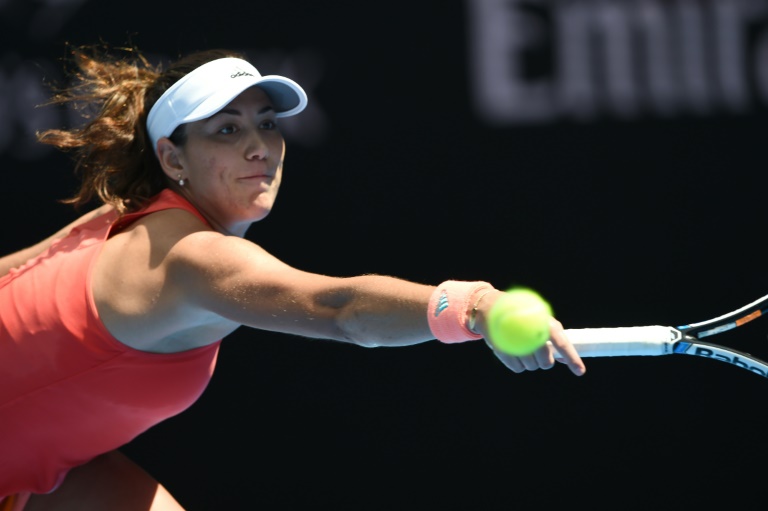 Andy Murray and Garbine Muguruza raced into the Australian Open second round Tuesday but Venus Williams was a major casualty as match-fixing claims continued to shake the Grand Slam tournament.

On another sizzling day in Melbourne, sweat-drenched Murray doused the challenge of exciting German prospect Alexander Zverev 6-1, 6-2, 6-3 to get his campaign underway.

Last year’s runner-up is hoping to become the first man in the Open-era to win a Grand Slam title after losing the final four times, and Zverev, 18, proved no match for the world number two.

“Alex fought right through to the last point so he made it very competitive at the end in tough conditions today,” said the Scot.

“It was very hot today so I was very glad to get it done in straight sets.”

Muguruza wasted little time as she beat Estonian debutante Anett Kontaveit 6-0, 6-4 in one hour exactly — and immediately set her sights on dethroning Serena Williams in the final.

“To win the Grand Slam here you are going to have to beat Serena (Williams). It will be great if I can play against her,” said the confident Spanish world number three.

Temperatures of 33 Celsius (91.4 Fahrenheit) took their toll and Diego Schwartzman was stretchered off after retiring in the fourth set against John Millman with cramps.

Match-fixing speculation also continued to reverberate on day two as more players revealed approaches after a BBC and BuzzFeed report said corruption was widespread in the sport.

After world number one Novak Djokovic said he was once offered $200,000 to throw a match, Australia’s Thanasi Kokkinakis said he had been approached on Facebook.

And retired Briton Arvind Parmar told how he was once offered a cash-stuffed envelope to lose a match, one hour before he stepped on court at a Challenger tournament in the Netherlands.

The latest developments come after the BBC and BuzzFeed, citing leaked documents, said 16 players who have reached the top 50 had repeatedly fallen under suspicion without facing action.

“More than half” of the players, who include singles and doubles Grand Slam champions, are at the Australian Open in Melbourne, according to BuzzFeed.

While Murray and Muguruza motored through, seven-time Grand Slam champion Venus Williams suffered an early exit when she lost to British number one Johanna Konta 6-4, 6-2.

Williams, 35, was the oldest player in the women’s draw but Konta said it would be “silly” to focus on the American’s age.

“I think it would be silly to look at Venus’ age and somehow consider that as a reflection of her level,” said the 24-year-old.

“I think it’s irrelevant how old she is because she’s such a champion with so much experience and so much knowledge about the game.”

Milos Raonic, who is now working with Carlos Moya and beat Roger Federer in this month’s Brisbane final, breezed past Lucas Pouille and into the second round.

But it was a different story for Gilles Muller, who came through four tie-breaks to beat Fabio Fognini, but not before the Italian showed flashes of his famous temper.

Jeremy Chardy had an even bigger struggle, winning the fifth-set 13-11 to finally overcome Ernests Gulbis after four hours and 43 minutes.