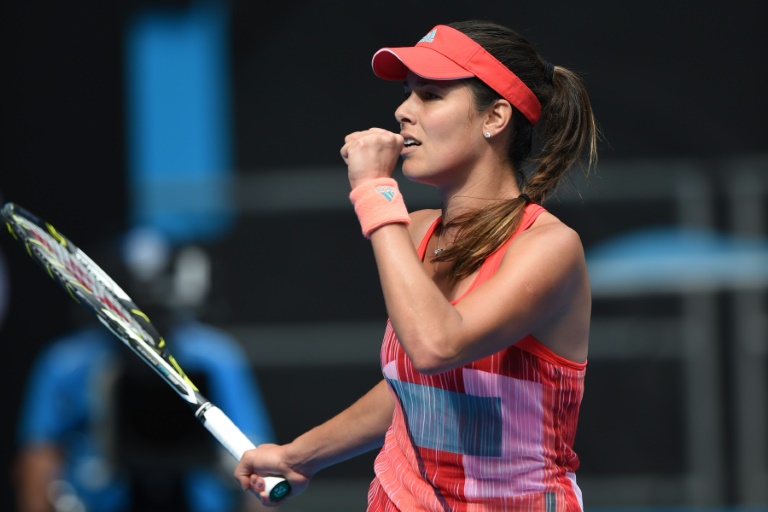 Former world number one Ana Ivanovic conquered her nerves to beat unheralded Tammi Patterson and keep her Australian Open hopes alive with her first win of the season Tuesday.

The Serb, a perennial crowd favourite in Australia, where she has family, crashed at the first hurdle at both the Auckland Classic and Sydney International this month but finally got off the mark against wildcard Patterson.

She came through the test on Hisense Arena 6-2, 6-3 and has a good chance of pushing on to the third round with a qualifier, Latvia’s Anastasija Sevastova, awaiting her next.

“You know, first rounds are always tricky against opponents you don’t know,” she said after a fist-pumping display.

“But you really have to take care of your own game and yourself out there. For me it was just a matter of focusing.

“Of course you’re going to have nerves for every match because it means so much to you. But it’s about just trying to handle them. I did that well today.”

Her progress to the second round is one better than last year, when she suffered a humiliating defeat to a player ranked 137 places below her.

That loss stymied her plans to rebuild a career that had stalled since she won the French Open as a 20-year-old in 2008.

Undeterred, she bounced back to make the Roland Garros semis but flopped again at Wimbledon and the US Open.

Seeded 23 in Melbourne, Ivanovic was too good for Australian Patterson, pummelling 15 winners with her pinpoint forehands doing the damage.

She said her serve was also improving.

“I think I served well. I think my serve can be a weapon. That’s my aim,” she said, adding that she was “thrilled” to get through her first match successfully.

“It means a lot to me and hopefully I can improve in my second match.”