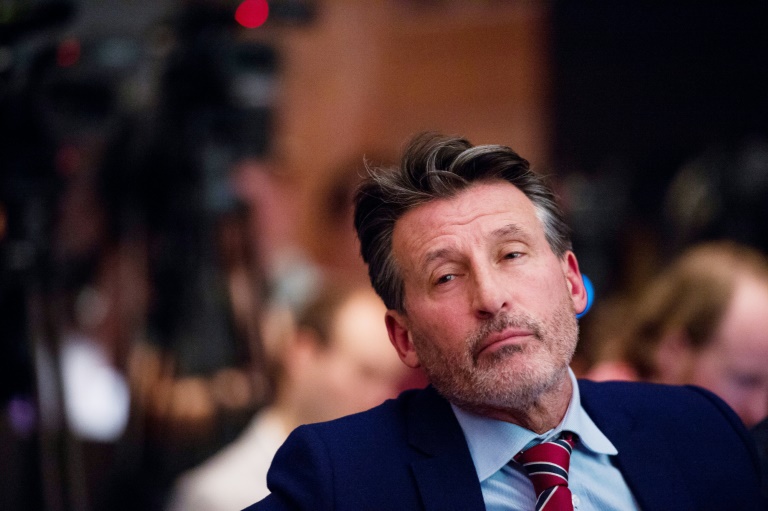 Embattled IAAF president Sebastian Coe admits that his five-month tenure of athletics governing body has been a “real challenge”, but insisted in an interview with AFP that he is under no illusions about the problems ahead.

Since taking over from the disgraced Lamine Diack, Coe has had to battle through a scandal that has seen Russia banned over “state-sponsored” doping and a raft of top officials, including Diack, accused of taking bribes from doped athletes.

“The last few months have been a real challenge, you would be surprised if I said it wasn’t. The sport has been hit hard,” Coe said in a wide-ranging interview.

“I can’t tell you that I sit here taking a great deal of comfort from very much at the moment.”

In a career that has seen him win two Olympic 1500m gold medals before becoming a successful businessman and a member of the British parliament, Coe knows how to dodge and take a bullet or two.

The 59-year-old found himself at the eye of the storm after a World Anti-Doping Agency (WADA) independent commission published two damning reports detailing “embedded” corruption within the top echelons of the IAAF.

Coe, who served eight years as a vice-president under Diack, was a member of the IAAF Council that should have been aware of the astonishing level of corruption, WADA said.

Dick Pound, former WADA president and author of the reports, handed Coe a lifeline, however, when he publicly endorsed him as the right man to lead the IAAF out of the storm engulfing the Olympics’ top sport.

“I’m grateful to the independent commission because they have spent a lot of time helping shed light onto something we need to understand as much as we possibly can,” Coe said.

“I took some comfort from some of the conclusions that our systems are not chronically broken, that the IAAF has a good record in addressing these issues, that it did do the pioneering work on the blood passport and accredited laboratories, and, in their (WADA) words not mine, the IAAF did follow up where it was at all possible.

“We’re not in denial about the challenge that there is, but I was pleased to have the report confirm that good people did do what they could to raise their concerns and through an ethics commission and we need to make sure the future of our sport is built on good people.”

Coe said he understood widespread confusion over conflicting messages from Pound’s report, criticising the IAAF Council but then backing Coe.

“Yes, I do understand and I think that is in large part because it’s not at all obvious to most people the nature and structure of sport,” he said.

Coe has come under attack in the media and from some athletes over his apparent inaction — he insists he suspected nothing, even giving Diack a glowing valedictory speech when he took over in August. Coe also does not consider himself facing a personal attack.

“I tend not to see this as a personal issue,” Coe said. “There are two very different issues here. There is the scrutiny that my own organisation, the IAAF, has been under and the broader issue about anti-doping protocols around the world. So I don’t tend to sit here, really genuinely thinking I’m the subject of a witch hunt.

“I have to go on doing what I’m doing. I’m not oblivious to the commentary accompanying what we’re trying to do and I will absorb. There’s no monopoly on wisdom here.”

Coe said reforms he has instigated to restore the trust and confidence of both the public and athletes would take time.

“We cannot expect the public to immediately turn around and say we trust you,” he said. “It’s a long process. The changes I can make may not take that long to make, but the journey to trust is a longer one and it’s not scientific.”

He added: “I feel the pain that we all feel at the moment because we love our sport. It’s been painful to see where our sport is at the moment in public perception, so I only have one focus which is to do whatever I can to put systems in place that regain the trust primarily of the clean athletes.”