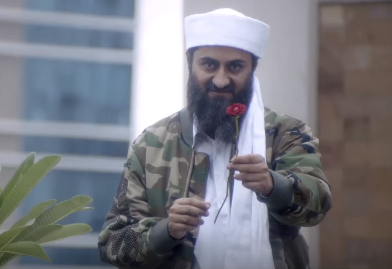 New Delhi: Tere Bin Laden, 2010 hit comedy based on most wanted terrorist Osama Bin Laden, is back. Yes, you must be wondering Osama is dead, what point of it.

But, it’s true, 2016 has come up with a sequel of Tere Bin Laden, this without Ali Zafar.

The trailer of the sequel starts from where the original left: Uncovering the real identity of Osama Bin Laden lookalike.

This time the ‘Osama’ (Pradhuman Singh) has been cast in a film by Sharma (Manish Paul), a filmmaker, who eventually ends up revealing his little secret to some real terrorists headed by Piyush Mishra.

Check out the trailer here: