Home World US and Iraq search for Americans kidnapped in Baghdad 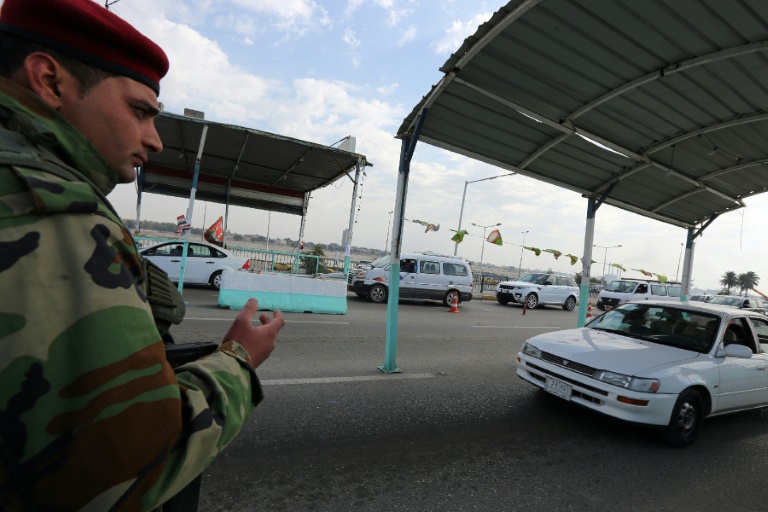 Search operations were under way Monday for three Americans kidnapped from a “suspicious apartment” in Baghdad, in a rare abduction of Western nationals in the Iraqi capital.

Kidnappers in Iraq have recently seized groups of Qataris and Turks, but it has been years since Americans were abducted, with Iraqis suffering the most from kidnappings for ransoms or to settle scores.

The Islamic State group, which overran large areas in 2014, has abducted thousands of people in Iraq, while Shiite paramilitary forces opposed to the jihadists have also carried out kidnappings.

“Three people carrying American nationality were kidnapped while they were in Dura… inside a suspicious apartment,” a spokesman for the Baghdad security command said in a statement.

“Security forces have begun searching for them,” he said.

There was no immediate claim of responsibility for the abductions and the identities and employment of the victims were unclear.

A police colonel said on condition of anonymity that an Iraqi translator took the Americans for “drinking and women” at an apartment in the Dura area.

Militiamen “attacked the place”, the colonel said, adding that “they were kidnapped from inside the apartment, not from the street.”

They were apparently taken to another area, as Dura was searched and they were not found, the officer said.

He said that the translator was also kidnapped.

Brothels and alcohol shops have been repeatedly targeted by powerful Shiite militia groups in Baghdad over the years.

Iraqi parliament speaker Salim al-Juburi condemned the rise in “cases of foreigners being kidnapped in Iraq,” saying it would harm the country’s relations with other states.

“The kidnapping of the American citizens yesterday, and before them the Qatari hunters, whose fate is still unknown, without a doubt indicates the increasing work of organised gangs in Iraq,” Juburi said in a statement.

US State Department spokesman John Kirby said Sunday that the US was “working with the full cooperation of the Iraqi authorities to locate and recover the individuals.”

Both Juburi and the police colonel said the kidnappings took place Sunday, but some reports indicated they happened earlier.

Iraq turned to paramilitary forces dominated by Iran-backed Shiite militias in 2014 to help combat IS jihadists.

These groups, which fall under an umbrella organisation known as the Hashed al-Shaabi, or Popular Mobilisation units, have played a key role in the fight against IS.

But they and their affiliates have also been accused of abuses including summary executions, kidnappings and destruction of property.

The US is leading a coalition of countries that have bombed thousands of IS targets in Iraq and Syria and which are providing training to Baghdad’s forces.

Washington has also dispatched special forces to Iraq to carry out raids against the jihadists.

Both American forces and Shiite paramilitaries are battling IS, but relations between the two sides have been tense, especially due to fighting between them in the years after the 2003 US-led invasion of Iraq.

IS also has ample motive to target Americans, but while it is able to carry out bombings in Baghdad, it does not have a major presence in the city.

Dozens of foreign nationals have been kidnapped in two incidents during the past five months.

Their whereabouts are still unknown, as are the identities of their kidnappers. But Shiite militia groups have a major presence in southern Iraq, while IS does not.

The kidnapping of the Qataris came a little over three months after gunmen seized 18 Turks in Baghdad. They were later released unharmed.

The kidnapping of the Turks was claimed by an organisation that presented itself as a Shiite group called “Furaq al-Mawt”, or “Death Squads”, in a video claiming the abductions.

Iraqi security forces clashed with fighters from the powerful Ketaeb Hezbollah militia during the search for the kidnapped Turks.

It has been years since an American was kidnapped in Iraq.

Issa T. Salomi, an American of Iraqi origins, went missing in Baghdad in January 2010 and was later freed by Asaib Ahl al-Haq, a powerful Shiite group that is now one of the leading forces in the Hashed al-Shaabi.