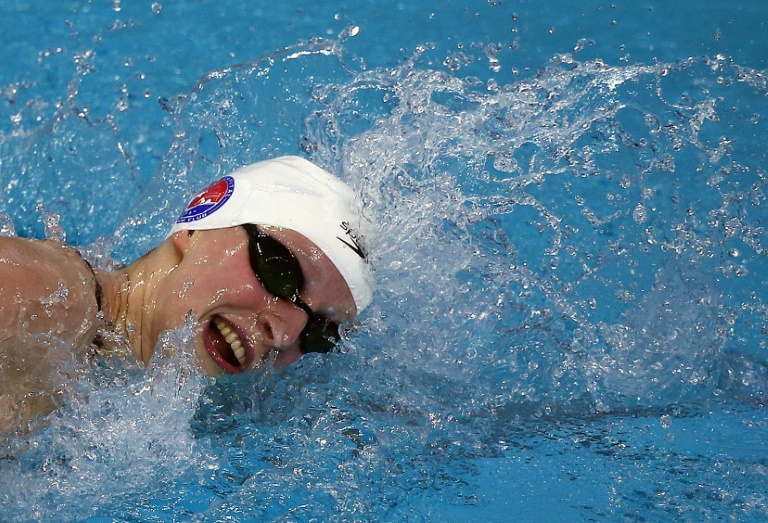 The 18-year-old American on Sunday obliterated the previous record of 8:07.39 that she set at the 2015 World Championships last August in Kazan, Russia.

“I kind of knew from the start if I put together a good swim and swam it the right way that I could have a pretty good swim,” said Ledecky, who romped home with compatriot Becca Mann a distant second in 8:24.49.

With the 2016 Rio Games still seven months away, the reigning 800m free Olympic champion again showed she’ll be a force to be reckoned with.

She broke the record for the fourth time in as many years and now owns nine of the top 10 times in history in the 800m free.

She also holds the world record in the 400m free and the non-Olympic women’s event of 1500m free.

In Rio, Ledecky could line up in the 200m, 400m and 800m freestyles — and perhaps even the 100m free, in which she finished second in Austin this week.