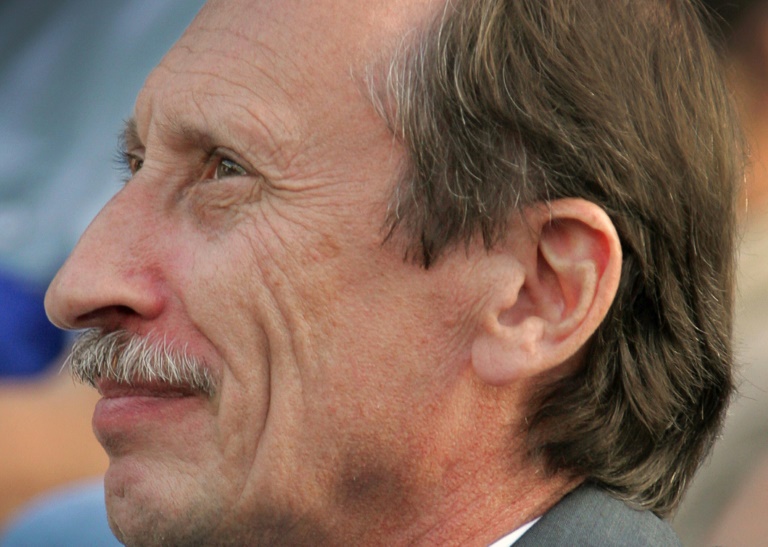 Former Russian athletics chief Valentin Balakhnichev said Monday there was a “real danger” he could face criminal charges over a doping and bribery scandal for which he denies responsibility.

Balakhnichev, who also served as treasurer of the International Association of Athletics Federations (IAAF) from 2011 to 2014, was banned for life this month by the IAAF ethics commission for allegedly taking bribes to cover up doping by Russian athletes.

In a interview with AFP, Balakhnichev defended his actions as president of the Russian athletics federation (ARAF) from 1991 to 2015, saying he had done everything he could to prevent cheating by track and field athletes.

“What more could I have done?” Balakhnichev, 66, said. “I couldn’t hold the athletes by the hand.”

But with French financial prosecutors probing evidence passed on to them by a World Anti-Doping Agency independent commission and its chairman Dick Pound, Balakhnichev says he could be targeted by an international warrant.

“If things are going to keep being this way — with the documents Mr. Pound allegedly transmitted to the French authorities — then of course there is a real danger that this can be used against me,” Balakhnichev said.

“I’m afraid, but I don’t see anything that could attract their interest,” he added.

Balakhnichev is among the former IAAF officials entangled in a corruption scandal that has seen Interpol issue a wanted notice for Papa Massata Diack, a ex-marketing consultant for IAAF and the son of its former president, Lamine Diack, who now faces corruption and money laundering charges in France.

Balakhnichev — whom WADA accused of having facilitated fraud and corruption within IAAF — maintains that WADA does not have adequate evidence to prove any of the graft allegations against him.

In the second part of the WADA report published last week Balakhnichev was linked to a shady television deal for the 2013 World Championships in Moscow.

The claims followed on from allegations in the first section of the report released in November that accused Balakhnichev of extorting money from athletes to cover up failed doping test.

Balakhnichev — who quit as Russia’s athletics chief in February 2015 — confirmed that his account had indeed been blocked but claimed the money was from legitimate sources.

“I collected this money over the course of some 20 years,” he said. “The money was declared in Russia. I don’t think this violated anything.”

The former chief of Russian athletics now plans to appeal his life ban by the January 28 deadline and continued to slam WADA for its “double standards”.

Russian official reactions to the WADA allegations have wavered between pledges to tackle the problem and indignation at claims they say are meant to humiliate their country.

Sports minister Vitaly Mutko last week slammed the “political” forces behind the latest WADA report. He also downplayed Russia’s ties with Balakhnichev, saying the accusations against him were “IAAF’s problem.”

The participation of Russian track and field athletes in this summer’s Rio de Janeiro Games is still up in the air, with the IAAF expected to make a decision on Russia’s reinstatement at the earliest in late March.

Balakhnichev said whether Russian track stars, such as Olympic pole vaulter Yelena Isinbayeva and hurdler Sergey Shubenkov, will compete in Rio comes down to a “political decision.”

“This is a political situation,” he said. “This is not about doping. And I have become hostage of this situation.”