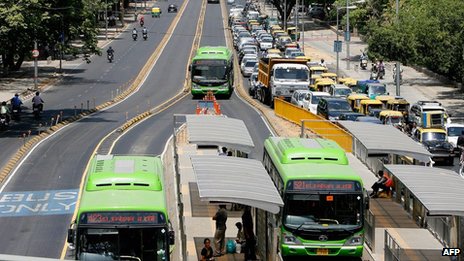 The 5.8km long stretch was created by the Sheila Dixit government at a cost of 150 crores. It was constructed in order to allow buses to shuttle commuters through a lane of traffic free lights. Similar corridors have been used to a good effect.

Due to poor management, the BRT became a head for the Delhi people. Mismanagement saw huge traffic jams and sometimes even cars used to enter the lanes which were meant only for the buses. Also, the bus stops weren’t placed properly which lead to difficult accessibility for the commuters.

The dismantling of the corridor will take about two months and every day the corridor will be demolished. From 10 am to 6 pm. This decision by Arvind Kejriwal’s government is sure to bring smiles to a number of people, who earlier had criticized the Odd-Even Scheme for not bringing down the pollution levels in the city. The scheme however worked in helping bring down the traffic congestion in Delhi.