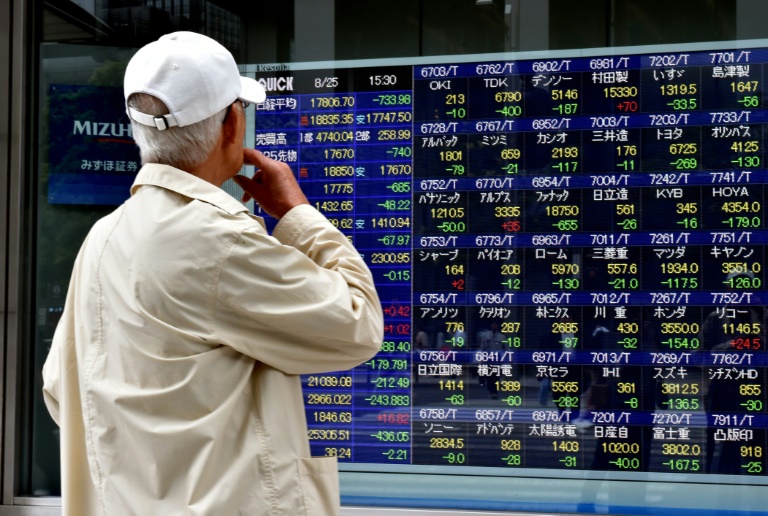 Oil prices plunged below $28 a barrel early Monday, hitting energy firms and extending a rout across Asian markets after sanctions were lifted against Iran, allowing the key producer to resume crude exports.

While the decision to free Tehran of the strict embargoes had been well telegraphed, the news hammered Middle East equities Sunday, which were already under pressure as the price of oil sits at 12-year lows.

The United States and the European Union lifted the sanctions at the weekend after the UN’s atomic watchdog confirmed Iran had complied with its obligations under a landmark deal last year to curb its nuclear programme.

The announcement means the country is now free to start shipping crude, adding to an already painful supply glut, which — along with weak demand and a slowing global economy — has seen prices slump by about three quarters since mid-2014.

“There is ongoing negative pressure on oil prices from oversupply,” Ric Spooner, a chief analyst at CMC Markets in Sydney, told Bloomberg News.

“Iran is not new, but we’ve arrived now at the point where sanctions have been removed and it’s going to be a key focus for the markets over coming weeks. The question is how much supply can come online in the short term.”

The news was met with horror in Gulf trading, with stock markets in Saudi Arabia, Qatar, Dubai, Abu Dhabi and Kuwait all battered.

Most Asian equities followed suit, with Tokyo down 1.9 percent by the break, Hong Kong down one percent, Sydney shedding 0.7 percent and Wellington 1.5 percent lower.

Shanghai stocks again swung in and out of positive territory, having plunged almost nine percent last week and almost about a fifth this year already. The benchmark index was down 0.4 percent in the morning.

Energy firms were among the big losers, with CNOOC in Hong Kong down 2.7 percent and PetroChina shedding 0.9 percent.

The Chinese market was given some support by the People’s Bank of China’s decision to increase the yuan currency’s rate against the dollar. The yuan’s recent weakness has been a key contributor to a rout in global markets that has characterised the start of 2016.

Markets are now nervously awaiting the release Tuesday of Chinese economic growth data, with analysts surveyed by AFP forecasting the slowest rate in 25 years, and a further slowdown this year.

Worries about the state of China’s economy, a crucial growth engine for the rest of the world, have scythed markets from Asia to the Americas over the past two weeks, with Beijing’s ability to handle the crisis being brought into question.