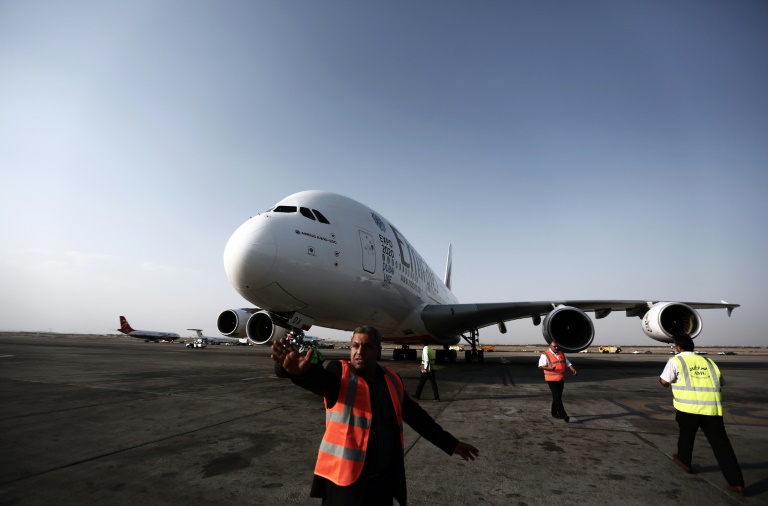 Three Iranian-American citizens freed by Iran in a prisoner swap with the United States have left Tehran and are flying to Bern in Switzerland, reports from both capitals said Sunday.

A fourth Iranian-American released as part of the deal, Nosratollah Khosravi-Roodsari, was not on board the plane that flew the others out, US officials told The Washington Post and The New York Times.

Iranian state television said earlier that Khosravi-Roodsari was one of four released prisoners who flew out of the country on a “special Swiss plane.”

The other three were Jason Rezaian, the Washington Post’s Tehran correspondent; Saeed Abedini, a Christian pastor; and former US Marine Amir Hekmati.

“We can confirm that our detained US citizens have been released and that those who wished to depart Iran have left,” a senior US official said.

The US official did not say who was aboard the plane, but The Washington Post said that those leaving included Rezaian, who has been held for nearly 18 months.

The Post reported that the flight out of Iran was delayed because Rezaian’s mother Mary and wife Yeganeh, who also were on the airplane, initially did not appear on the flight manifest.

US Secretary of State John Kerry told reporters traveling with him from Vienna to Washington that Iranian Foreign Minister Javad Zarif resolved the problem.

“Zarif had no question about it,” Kerry was quoted as saying. “It was part of the agreement, it was clearly stated. The problem was, one of the guys on the ground, at a military base, didnâ€™t have it on the manifest.”

Amir Hekmati, a former US Marine who faced a death sentence as an alleged spy, also was released, his family said, adding that they were officially told he was on a plane leaving Iran.

“It is hard to put into words what our family feels right now. But we remain in hopeful anticipation until Amir is in our arms.”

A fifth American, Matthew Trevithick, was released in a separate process, a US official has said.

Washington Post publisher Frederick Ryan said in a statement: “We are relieved that this 545-day nightmare for Jason and his family is finally over.”

The 39-year-old Rezaian, a dual US-Iranian citizen born in California, was detained in Iran on July 22, 2014.

The Post statement said the paper was “enormously grateful to all who played a role” in securing Rezaian’s release, and the paper thanked those “around the world who have spoken out on Jason’s behalf and against the harsh confinement that was so wrongly imposed upon him.”

Rezaian “will be reunited with his family, including his brother Ali, his most effective and tireless advocate,” The Post said.

Iran’s ambassador to the United Nations, Gholam Ali Khoshroo, said on Saturday that Switzerland played a “positive role” in the prisoner swap.

The UN nuclear watchdog announced late Saturday that Iran had complied with its side of the July 2015 accord, allowing the lifting of sanctions.