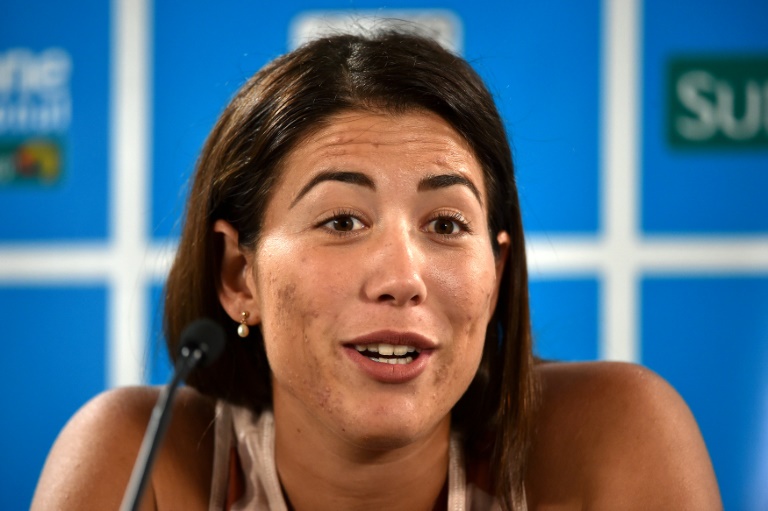 In-form and highly marketable Garbine Muguruza says she’s flattered and not burdened by talk that she has what it takes to succeed Serena Williams as the next big thing in women’s tennis.

The 22-year-old Spaniard has steadily risen through the rankings since 2010 to a career-high three, and gets her Australian Open underway on Tuesday against Estonia’s Anett Kontaveit.

She is searching for her Grand Slam breakthrough after making the final of Wimbledon last year, her best showing at a major, but lost to Williams.

At 34, the long-time queen of tennis cannot keep going forever and Muguruza appears to have all the attributes to take on the role as world number one.

“Every time I hear (it) I’m like ‘puhhhhh, yeah, whatever’. I really don’t know what to say. I feel good when people think that I can do it, but I’m like, ‘yeah, we’ll see’,” she told Sunday’s Melbourne Age newspaper.

“For sure everybody has a lot of expectations, but I think it’s good, I think it’s a great position to be where people believe that you can actually do it.

After claiming her first WTA title at Hobart in 2014, last year was a watershed for Muguruza. She not only reached the final at Wimbledon but also in Wuhan while winning the title at Beijing before making the semis of the WTA Tour Finals.

At the start 2015 she was only ranked 24 and can’t quite believe she is now number three, behind only her idol Williams and Romanian Simona Halep.

“Well, for sure it would be like, ‘Wow!’,” she said when asked how she would have reacted if told a year ago that she would now be so high in the rankings.

“It’s great. It shows you that you can, if you want something, really get it. I proved that.”

The Spaniard is now under the guidance of coach Sam Sumyk, who guided Belarusian Victoria Azarenka to the top of the womenâ€™s game and to successive Australian Open titles in 2012 and 2013.

She told reporters on Saturday that the Frenchman had so far not imparted any specific tips on what it would take to land a maiden Grand Slam title on the Melbourne Park hardcourts.

“There is no recipe. I mean, I come here as prepared as possible,” she said. “After the pre-season, everybody’s fit here. So nothing different.”

Muguruza had an early-season injury scare at the Brisbane International, pulling out mid-match against Varvara Lepchenko with blisters on her feet. But she said all was now fine.

“My foot is good,” she said. “I had time to recover from Brisbane. I needed a couple of days to rest. Yeah, it’s improving.”

Asked by The Age whether she feels this could be her year to win a major, she replied: “Well, I don’t know.

“I’ve been working and practising for that. I was motivated to do it. That’s my dream, obviously, but there is 128 players that want the same, so let’s see how far I can get.”