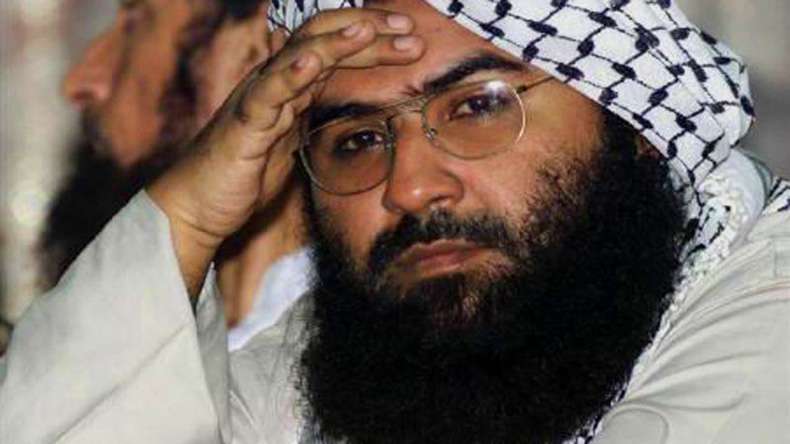 In what may be a positive move, Pakistan has detained the mastermind of Pathankot terror attack Jaish-e-Mohammed chief Masood Azhar along with his Abdur Rouf and clamped down on JeM. The move came following sustained pressure by India and the US that simply lip service will not do.

While the initial reports confirm that Azhar has been arrested the real test of Pakistan’s intentions will be if Masood is tried and handed over to India so he can be punished. But it is unlikely that Nawaz sharif will be able to go that far.

Earlier on Wednesday under pressure from India, Pakistan held three other Jaish-e-Mohammed terrorists, days after the group attacked an Indian Air Force base at Pathankot in Punjab. Pakistani media has reported that many offices of the outfit run by Masood Azhar have also been closed down in the crackdown by the Pakistani government.

An official Pakistani statement said Jaish offices were being traced and sealed. “Further investigations are underway,” a statement issued after a high level meeting taken by Pakistani Prime Minister Nawaz Sharif which was also attended by the country’s Army chief Raheel Sharif.

In order to conduct further investigations into the incident, Pakistan was also thinking of sending a Special Investigating Team (SIT) to Pathankot in consultation with the Government of India.

Text of Pakistan press statement on arrest of JeM members:

The meeting noted with satisfaction that as part of Pakistan’s commitment to eliminate terrorism from our soil and the expressed national resolve not to allow our territory to be used for acts of terrorism anywhere, considerable progress has been made in the investigations being carried out against terrorist elements reportedly linked to the Pathankot incident. Based on the initial investigations in Pakistan, and the information provided, several individuals belonging to Jaish-e-Mohammad, have been apprehended. The offices of the organisation are also being traced and sealed. Further investigations are underway. In the spirit of the cooperative approach, it was also decided that in order to carry the process forward, additional information would be required, for which the Government of Pakistan is considering to send a Special Investigation Team to Pathankot, in consultation with the Government of India.

The meeting reiterated that in line with our decision to counter and completely eliminate terrorism, Pakistan would remain engaged with India on this issue.

News of the arrests comes 48 hours before a rare meeting between the foreign secretaries of the two nations is tentatively scheduled to take place.

Union Home Minister Rajnath Singh had on Tuesday said there was no reason to distrust Pakistan’s assurance of “effective action” against those linked to the terror attack on the IAF base in Pathankot in Punjab.

Singh had said the Pakistan government had assured of swift action on the inputs given by India about the perpetrators of the attack on the Indian Air Force base in the early hours of January 2.

India had said terrorists from Pakistan were responsible for the attack that left seven security personnel dead. All six terrorists were killed in the counter-offensive.