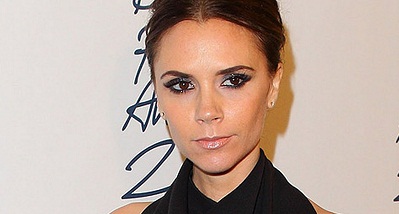 She sold perfumes and worked as promo model before becoming a part of one of the biggest girl-groups in music history. This red-carpet scene-stealer has now reinvented herself as a respected fashion designer and international style icon.

With her unapologetic poker face and her appropriately minimalist clothing collection, she never once bowed to the expectation that women are put in the world to play out a cutesy performance or to giggle and bat their eyelashes.

Her label was named designer brand of the year in the UK in 2011 and she was the most Google €™ed fashion designer of 2013.

Victoria Caroline Beckham was born on April 17, 1974 in Essex. Raised in an affluent family, Beckham started studying ballet at a young age. She pursued her interest in dance at the Laine Arts Theatre College in Surrey when she was 17.

Beckham attended St. Mary’s High School in Cheshunt, where she was embarrassed by her family’s wealth and often begged her father not to drop her off outside the school in their Rolls Royce.

When Beckham was 20, she moved to London to try to make it as a dancer. Her lucky break came when she was chosen to part of a new all-female pop music group (Spice Girls).

Each of the five members of the Spice Girls developed their own persona and Beckham got the name of “Posh Spice.” They released their debut album, Spice, in 1996 and reached the top of American charts with the catchy dance-pop song “Wannabe” the following year. The album eventually sold more than 20 million copies worldwide.

All of Beckham’s success attracted its share of unwanted attention. In 2002, she and her family made headlines when the authorities uncovered a plot to kidnap Beckham and hold her for ransom.

The group’s “girl power” message attracted a substantial audience, especially young teenage girls. However, Spice Girls failed to duplicate the success of their debut recording with their second album.

The group parted ways in the late ’90s to pursue other projects, however, the Spice Girls reunited for a series of concerts in 2007 and 2008.

Stepping away from the music scene, Beckham explored her love of fashion. She developed a line of jeans called VB Rocks for the Rock & Republic brand in 2004.

In 2007, Beckham launched her own line of sunglasses called dVb Eyewear and a line of jeans soon followed. Two years later, she became the model for the Emporio Armani underwear line for women.

Beckham married David Beckham in Ireland at a castle in 1999. She has two tattoos dedicated to David €“ his initials on the inside on her left wrist and a star on her lower back. They have four kids.