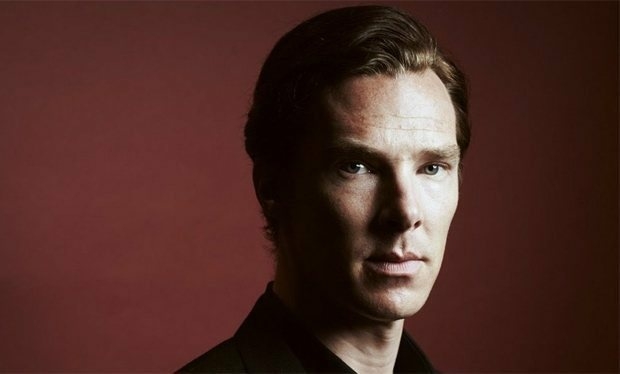 Born with theater in his blood, he is prolific in all schools of acting— stage, television, radio, or film.

From Stephen Hawking to Sherlock Holmes, he has portrayed contemporary icons, historical figures, and fictional favorites in his long and illustrious career.

‘The Thinking Woman’s Crumpet’ has been a mainstay in numerous “Sexiest Man Alive” lists including Empire and People.

Benedict Timothy Carlton Cumberbatch was born on July 19, 1976 in London. His parents were actors.

Cumberbatch attended boarding schools from the age of eight, was educated at Brambletye School in West Sussex, and was an arts scholar at Harrow School.

Although he displayed an interest in rugby and painting, it was theater that captured his imagination. He was involved in numerous Shakespearean works at school.

After school, he took a gap year to volunteer as an English teacher at a Tibetan monastery. Returning to England, he studied drama at the University of Manchester. After graduation, he spent a year at the London Academy of Music and Dramatic Art.

Cumberbatch began his career with roles in classic plays and small television shows. In 2004, he portrayed a young Stephen Hawking coping with the early stages of motor neuron disease. His performance earned him a BAFTA nomination.

His first film was the 2006 college comedy ‘Starter for 10’. A year later, he appeared in the film ‘Atonement’ and had a small role in the TV movie ‘Stuart: A Life Backwards’.

In 2011, Cumberbatch locked in a Hollywood trajectory with roles in the Cold War thriller ‘Tinker Tailor Soldier Spy’ and World War I drama, ‘War Horse’.

Although he garnered success in Hollywood, he stayed true to his roots as he appears on the London stage with Frankenstein. His gave a critically acclaimed performance.

In 2013, he portrayed the antagonist of the film-Star Trek Into Darkness.

Cumberbatch has done numerous radio productions for BBC. His best-known radio work is the adaptation of John Mortimer’s novel Rumpole and the Penge Bungalow Murders in 2009.

For the 70th anniversary of Normandy landings during World War II, Cumberbatch read the original radio bulletins from June 1944 for BBC Radio 4.

Cumberbatch is an ambassador of The Prince’s Trust. Cumberbatch has also donated his artworks for charities and fundraisers like the Willow Foundation.

He has been an ambassador of the Motor Neurone Disease Association and has done the Ice Bucket Challenge for the organization. In 2003, he joined the Stop the War Coalition protest in London against the Iraq War.

In 2011, Cumberbatch broke up with his girlfriend of 12 years, Olivia Poulet, whom he had met at the University of Manchester.

During a four-month shoot of TV miniseries “To the Ends of the Earth” in South Africa, the self-proclaimed adrenaline junkie learned how to scuba dive, swam with whales and sharks, and went skydiving for the first time.

While there, he and was also abducted and held at gunpoint by six armed figures after receiving a flat tire. He was eventually released without any explanation.

He was once cyber-stalked, with the stalker live-tweeting all of his actions within his home.