Home Face Off The Messi-ah 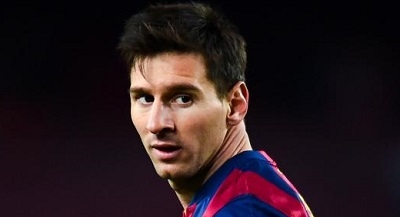 A player who has brought the world of football to its knees, Lionel Andre’s Messi, has knocked down all-time football scoring records in an extraordinary fashion.

He isn’t nominally a striker, yet manages to outscore almost everyone. You couldn’t really classify him as a midfielder either, yet as we’ve already noted, he has provided more assists than most. As a playmaker, he can out-pass just about anyone, and his completion rate of over 90 % again elevates him into the highest company.

From an early age, Messi was drawing comparisons to the legendary Diego Maradona and at the age of 21, he took a step towards fulfilling this promise when he garnered Ballon D’or and FIFA World Player of the Year nominations. The next year, in 2009, Messi went a step further and won the two awards and has not looked back since. He is now one of highest-paid players in the world and holds a string of records and awards.

Messi was born in Rosario, Argentina on 24 June 1987. His father, Jorge Horacio Messi, worked in a steel factory and his mother, Celia Mara Cuccittini was a part-time cleaner. He was raised alongside his two older brothers and sister.

Messi started playing for Grandoli, a local club managed by his father, at the age of 5. In 1995, he joined Newell’s Old Boys, a local club in Rosario. At the age of 11, he suffered a major setback when he was diagnosed with a growth hormone deficiency. Local powerhouse River Plate were showing great interest in Messi but refused to pay for his treatment which cost $900 per month.

He was however lucky enough to secure a trial with Barcelona thanks to some of his relatives who lived in Catalonia. The club was impressed following his trial and agreed to pay for his treatment if he moved to Spain.

After rising rapidly through the youth ranks of Barcelona, Messi made his first team debut in 2003 at the age of 16 in a friendly match against Porto. Less than a year after this, he made his league debut against RCD Espanyol, becoming the third-youngest player to have played for Barcelona.

After his first home-outing in the Champions League, Messi received a standing ovation following his performance. Since then, Messi has gone on to break many records for Barcelona and won a host of club and individual honours. This includes multiple league titles and European cups as well as personal goalscoring records.

Messi is captain of the Argentina national team and has represented his country in the 2006 and 2010 World Cups as well as the 2007 and 2001 Copa America and the Summer Olympics in 2008. He has accumulated 88 caps since making his debut at the age of 18 and scored 40 times.

He was offered a place in the Spain Under-20 team but refused due to his Argentinean heritage.

He was sent-off 44 seconds after coming on as a substitute in his first ever appearance for Argentina.

One of Lionel’s nicknames is “The Flea” due to his speed and agility.

Barcelona was so keen to sign Messi that Sporting Director Carles Rexach offered him his contract on a paper napkin to secure the deal as soon as possible.

Messi supports a number of charities through his Leo Messi Foundation.

His favourite food is Milanese Napolitana.