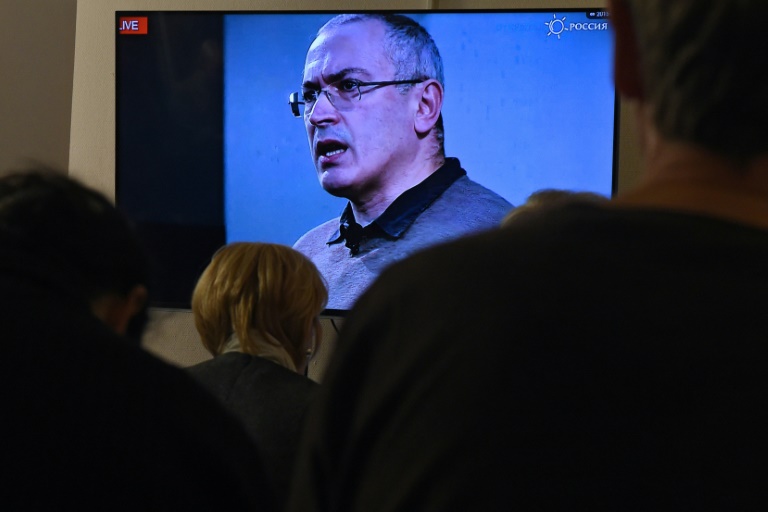 Members of the government’s Investigative Committee searched the homes of Khodorkovsky’s spokeswoman Kulle Pispanen and employees of his opposition group Open Russia.

Defence lawyer Pavel Chikov said the apartments of at least seven people had been searched including that of Saint Petersburg-based Open Russia coordinator Natalya Gryaznevich.

Earlier this month Russian investigators charged the former oil tycoon in abstentia with organising the 1998 murder of a mayor in Siberia, a move supporters say is aimed at silencing the self-exiled Kremlin critic.

Khodorkovsky was also charged with the attempted murders of two other people.

Once Russia’s richest man, Khodorkovsky, 52, spent a decade in prison on charges of tax evasion, fraud and embezzlement which he and his supporters say were trumped up in revenge for the business magnate’s political ambitions.

Khodorkovsky was unexpectedly pardoned by Putin in 2013 and flown out of the country.

Khodorkovsky, who now spends much of his time in London, has slammed Putin’s system and said he was ready, if called upon, to lead Russia in times of crisis.

As investigators announced they planned to press new charges against Khodorkovsky, the Putin critic called a news conference in London, which was broadcast online, calling the Kremlin’s agenda “shitty” and saying revolution in Russia was inevitable.

“The searches at Open Russia after meeting with journalists,” he wrote, apparently referring to his earlier news conference. “Putin has become predictable. Stability at least somewhere.”